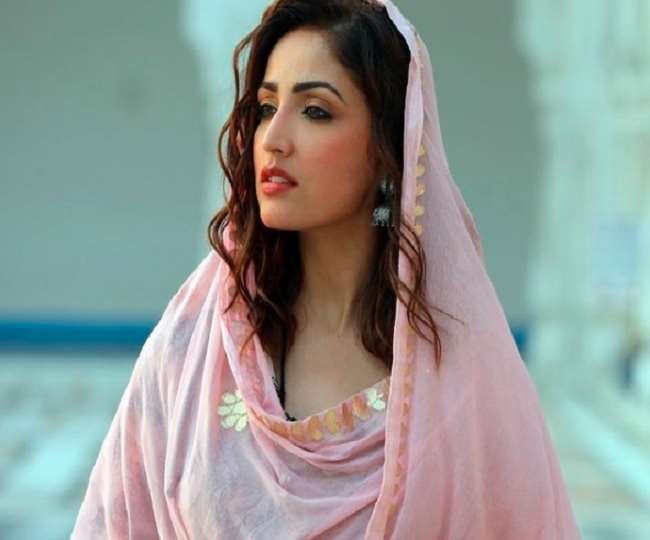 New Delhi | Jagran Entertainment Desk: Bollywood actress Yami Gautam leaves no stone unturned when it comes to entertaining her fans and this time the actress turned Instagram red by posting her pictures in a blood-red dress. Yami posted multiple snippets in a silk taffeta red dress with a statement ruffle at the sleeves.

Yami’s red-hot dress has won millions of hearts and left the internet on fire. The actress captioned the photo as, “Red dress, zero stress.” The post has garnered above 3 lakh likes, and more than 1 thousand comments and fans have bombarded the comment section with heart and fire emojis.

In one picture, Yami can be seen smiling her heart out as the actress posed under the sun whereas, in another picture, the actress can be seen lying down on a couch looking directly in the camera.

The pictures are from Yami’s fashion shoot and the red dress is giving major fashion goals to girls out there. The actress was dressed by the designer Malie. Malie is famous for combining two contrasting cultures from an apparel perspective. The dress worn by Yami is priced at Rs 39,000 on Malie’s official website.

You May Also Like  Once rumoured to be dating Rishabh Pant, Bollywood actress Urvashi Rautela trolls India cricketer

The actress accessorised her look with a dainty neckpiece from the house of Bulgari. Styled by fashion stylist Manisha Melwani, Yami looked absolutely stunning in the dress. Assisted by makeup artist Mitali Vakli, Yami went for a subtle makeup look with mascara-laden eyelashes, black eyeliner, drawn eyebrows, contoured cheeks, and a shade of lipstick.

Earlier this year, Yami Gautam tied the knot with filmmaker Aditya Dhar in an intimate ceremony. While talking about Yami’s work front then, the actress appeared in movies like Vicky Donor, Uri, Bala, Sanam re. The actress was last seen in Bhoot Police co-starring Saif Ali Khan.