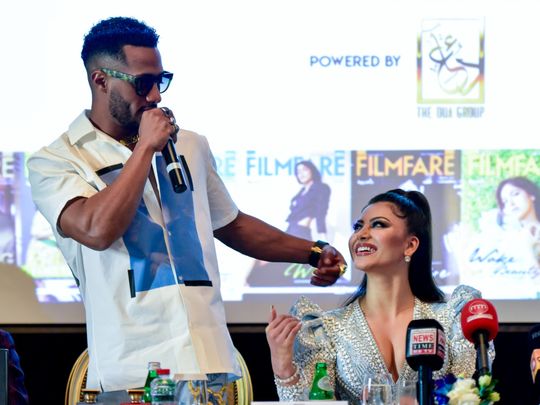 Dubai: The world of Bollywood and Arab cinema will collide spectacularly at the ‘Filmfare Middle East Achievers Night’ at the Meydan in Dubai on October 28 as this region’s biggest pop idol Mohamed Ramadan busts a few dance moves with Indian actress Urvashi Rautela.

“We are going to be performing to our latest hit ‘Versace Baby’ tomorrow [Thursday]. It’s going to be a memorable and special night where Arab music and Bollywood dance meet. We are so excited,” said Ramadan in an exclusive interview with Gulf News.

Rautela describes their blockbuster music single ‘Versace Baby’, shot extensively in Dubai, as a “beautiful collaboration between an Arab idol and an Indian actress”.

Earlier, at a press meet, singers such as Amaal Malik, Kanika Kapoor, Tulsi Kumar and legendary actors Zeenat Aman and Gulshan Grover expressed their excitement at being a part of a glittering awards presentation ceremony replete with a red-carpet call.

Actors Kajol, Nora Fatehi, Sunny Leone, and Nivin Pauly are expected to attend the big night that kicks off at 8pm. It’s a sold-out event, pointed out Rizwan Sajan, the man behind the awards night.

All talents also felt that this awards ceremony is particularly significant for all the artists because it’s the first event of this scale to take place in the UAE after the global pandemic.

“This is probably the first time that we are performing this year. This year is so special because it’s first stage performance. We are extremely nervous and excited,” said Kapoor, breaking out into her hit Bollywood song ‘Chittiyaan Kalayiyaan’ as a teaser to what lay ahead.

Legendary actress Zeenat Aman, who is likely to be celebrated for her body of sturdy work in Indian cinema tomorrow, turned nostalgic as she looked back at her career milestones.

“50 years ago, I received a Filmfare Award and now 50 years later I am back here receiving the Filmfare Middle East honour… This means a lot to me. Thank you so much. Films are such a collaborative medium, and this event indicates the coming together of people and talents,” said Aman at the press conference.

“I am planning to wear a leather outfit and am aiming for a goth look,” said Haasan. 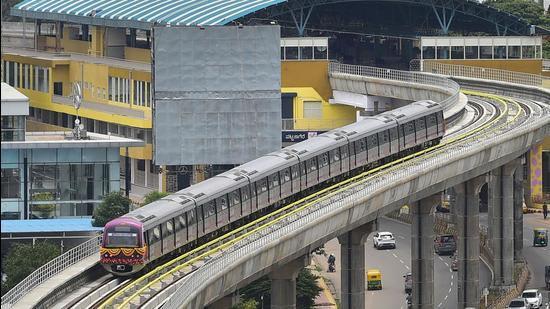