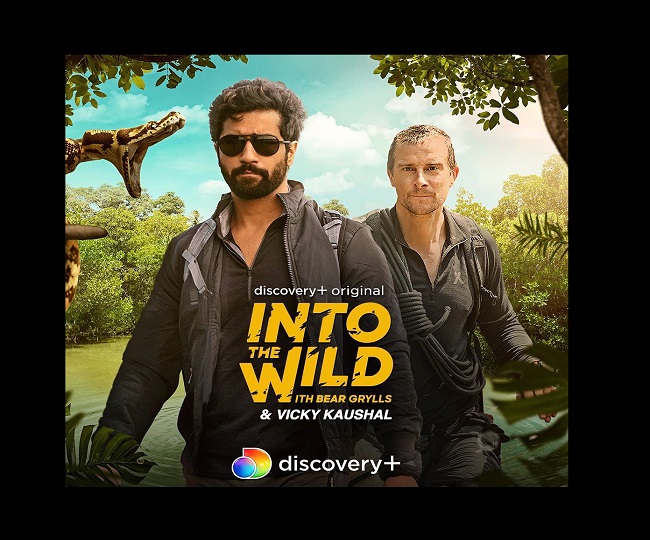 New Delhi | Jagran Entertainment Desk: After Rajinikanth, Akshay Kumar, Ajay Devgn and Anil Kapoor, now it’s Vicky Kaushal’s turn to be part of some adventures with Bear Grylls. The two will be going on an adventure in the island country, Maldives. The actor took to his social media handle to announce his new venture. He even unveiled the first look of the upcoming episode of Into the Wild with Bear Grylls, which will air on Discovery+.

Taking to his Instagram handle, he wrote, “An adventure of a lifetime with none other than survival expert @beargrylls, let’s see what he has planned for me. ‘Into The Wild’, premieres on November 12, on @discoveryplusin #discoveryplus #IntoTheWild #Survival”

Here have a look:

As soon as he dropped the post, the news was welcomed with some interesting comments by his fans. One of the users wrote, “Arey waaaahhh…jungle boy “, while others commented that they are eager to watch the episode.

However, among all, there was one user, who pointed out how makers are only opting male Bollywood actors. The person wrote, “Hey Grylls Why no you take a Bollywood actress in one of your adventures? Bollywood cops are macho but trust me our actresses are no less”. Another user compared the show with celebs vacation spot, Maldives and wrote, “Kuch din baad bear grills Maldives jaisa hojayega saare filmstars jaayege ghumne.”

For unversed, rumours are rife that Vicky Kaushal and Katrina Kaif had their roka ceremony on the eve of Diwali, and now they are all set to tie the nuptial knot in December in Rajasthan.

On the work front, the actor is riding high on the success of his recent release Sardar Udham, which is streaming on Amazon Prime Video. Next, he will be seen in several films, namely Meghna Gulzar’s Sam Bahadur, The Great Indian Family and Mr. Lele.

This amazing article on “Vicky Kaushal gears up for adventure with Bear Grylls; netizens ask ‘Why don’t you take Bollywood actresses?'” was originally found here