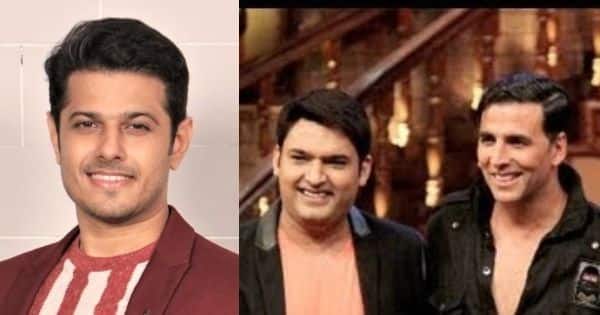 The day has ended and we are here with all the important stories from the television industry. From Ghum Hain Kisikey Pyaar Meiin’s Neil Bhatt sharing his experience of shooting for a promo with veteran actress Rekha to Akshay Kumar shooting for The Kapil Sharma Show, here are the trending TV news for the day. Also Read – SAY WHAT! Chunky Panday names THIS superstar as his funniest co-actor and it makes total sense [EXCLUSIVE VIDEO]

Ghum Hai Kisikey Pyaar Meiin is winning hearts with its interesting storyline. The show is getting all the love and the TRPs are also great. Recently, veteran actress Rekha shot for the promo of the show. Neil Bhatt who plays Virat in the show has now expressed his happiness. In an interview with ETimes, he said, “Who wouldn’t be excited to know that Rekha Ji is going to be a part of our show again. It is our honour to have her association with Ghum Hain Kisikey Pyaar Meiin. She brings with her all the elegance that we as an audience have always cherished. My favourite part was the way she ends the promo by saying the show’s name. I have been an ardent fan since childhood and it just gives goosebumps to act on the same platform as her. It has been my dream to share screen space with her at least once in my life.” Also Read – Sara Ali Khan reveals why she doesn’t want to live with dad Saif Ali Khan but with mom Amrita Singh

The Kapil Sharma is back with its new season. The launch date of the show has not been revealed yet but the shooting has begun. And the first celebrity guest who is present on the set to promote his film is Akshay Kumar. Kapil Sharma took to his Instagram to share a picture with the Bell Bottom actor. However, the conversation between Kapil Sharma and Akshay Kumar on the picture grabbed all the attention. Kapil Sharma lauded the trailer of Bell Bottom and wrote, “Beautiful trailer @akshaykumar paji Star-struck congratulations n best wishes to the entire team of #BellBottom @jackkybhagnani @vashubhagnani.” Responding to him, Akshay cheekily said that Kapil praised the trailer only because he is going to visit the comedy show. Akshay wrote, “Jaise pata chala show par aa raha hoon, best wishes bheji uske pehle nahi. Milkar teri khabar leta hoon.” Also Read – Bell Bottom: Here’s how Lara Dutta transformed into former PM Indira Gandhi – watch BTS video

You May Also Like  Sai Tamhankar: Bollywood offers me the chance to reach out to a wider audience - Times of India

Bharti Singh and her husband Haarsh Limbachiyaa will not host India’s Best Dancer Season 2. As per reports in ETimes, Maniesh Paul has been approached to host the show. It is being reported that Maniesh Paul has already signed the contract but it is not known whether he will host alone or will have a co-host.

Erica Fernandes spoke about being compared to Shweta Tiwari for her role as Prerna in Kasautii Zindagii Kay 2. In an interview with ETimes, she said, “Initially, I thought it would be very tough for me. But, the fact that it was for a different generation, done by a different generation, that’s what actually made it easier for me and I didn’t want to do the same thing that she did. So I tried to do it in my own way and tried to put some more of me into the character to play the character. That’s what I do with most of my characters.”

Anita Hassanandani planned a get-together for her friends last night. Ekta Kapoor, Ridhi Dogra, Krystle D’Souza and Sakshi Talwar had an amazing party at Anita’s place. Anita recently returned home after completing her first outdoor shoot schedule with hubby Rohit Reddy. Krystle gave a glimpse into her squad’s night as she shared a selfie with her gang. The actress shared another picture with the host of their party, Anita and wrote, ‘Host And Dost’. Ridhi reshared Krystle’s post and thanked Anita for hosting a cosy party for all of them.