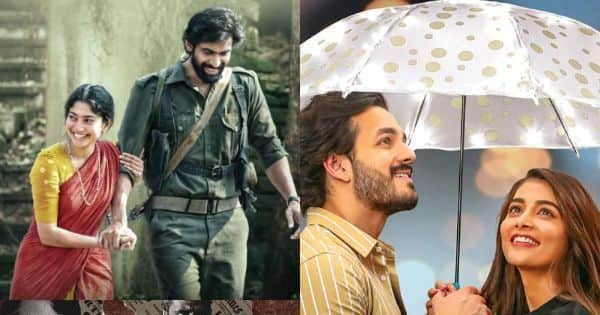 As the sun is about to set on another day, it’s time to look back at the biggest newsmakers from the OTT space who’ve made it to the trending entertainment news today. From Rana Daggubati’s Virata Parvam probably not going the digital way and Akhil Akkineni and Pooja Hegde’s Most Eligible Bachelor locking its OTT release to the Unheard trailer, ZEE5 focusing more on regional content and Neha Bhasin calling Divya Agarwal “rotten” on Bigg Boss OTT – here’s all what grabbed headlines to make it to the trending OTT news today… Also Read – With a film with Prabhas, Mahesh Babu and more, Pooja Hedge is set to rule box office charts and hearts

So, without further ado, here are the entertainment newsmakers of 7th September 2021:

Rana Daggubati’s Virata Parvam may not go the digital way

After Victory Venkatesh’s Narappa, it was assumed that Suresh Productions would be going digital with their next release, Rana Daggubati’s Virata Parvam, but that may not longer be the case. Buzz is that with theatres reopening in the South and decent numbers being brought in already in those markets, the makers are rethinking the release strategy of Virata Parvam, and could opt for a theatrical release by Dussehra. Also Read – Allu Sirish, Akhil Akkineni and more Tollywood actors who failed to make an impact despite having a family background

Akhil Akkineni and Pooja Hegde’s Most Eligible Bachelor is slated for release on 8th October during the Dussehra, and word is that the makers have locked its OTT release four weeks after its theatrical run, with the film expected to appear on Netflix in the second week of November. Also Read – South News Weekly Rewind: Pawan Kalyan’s Vakeel Saab leaked online; Allu Arjun’s Pushpa teaser unveiled

Unheard is about a series of six conversations, each of which is structured over opposing philosophies during a pivotal period in India’s history. None of the characters know what the future holds for India but they defend their belief system with absolute certainty that their “commitment to their cause” will lead to a brighter tomorrow. The Telugu web series follows the lives of five characters that try to seek themselves and their role as India struggles to be born as a nation. The state of Hyderabad sets the stage for unusual conversations around seeking independence from not just the British but also the Nizam and how the significant amalgamation of Hyderabad became an integral priority for the common folk of the city. The untold, unknown stories from the backdrop of independence and the city of Hyderabad come to life on 17th September on Disney+ Hotstar. Watch the Unheard trailer below:

After Netflix and Amazon Prime, it looks like ZEE5 is also focusing on regional content with the streaming platform initially looking at breaking into the Punjabi market as the other OTT platforms are already tapping into the Bengali, Marathi and South markets. Apparently, ZEE5 has five to six Punjabi movies lined up, including Puaada, Kismat 2 and Fufad Ji, and more are expected to follow suit.

Recently, while Divya Agarwal was elaborating the differences between Neha Bhasin and Shamita Shetty, and how they “propagate women and gender equality, but both have also used such words in the house, which conflict their opinion,” Neha seemed disinterested, lying on the floor and pretending to sleep, to which Divya asked her to show some respect while she speaks as they are guests (Rubina Dilaik and Nikki Tamboli) in the house. Neha retorted and said that she isn’t interested in Divya’s opinion and the latter also shot back with the same words, after which Neha told her to “not speak like a kabadiwala and in kabadi language,” which prompted Divya to ask her “what’s wrong in a kabadiwala and their language,” leading Neha to call her “badtameez and a rotten woman”. Things are certainly flaring ujp between these two in the Bigg Boss OTT house.