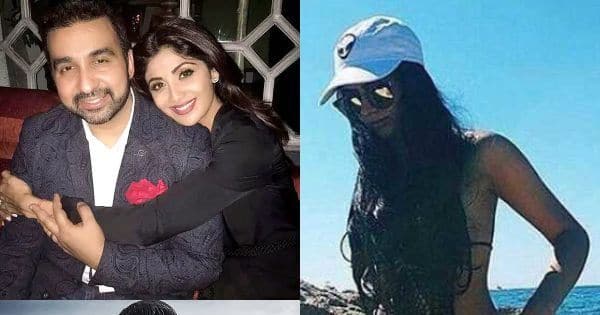 As we move forward from another eventful day and wait in anticipation for what tomorrow has in store for us, it’s time to look back at the biggest newsmakers from Bollywood who’ve made it to the trending entertainment news today. From the new release date of Akshay Kumar’s Bell Bottom and Khushi Kapoor’s bikini top going viral to Kiara Advani being overwhelmed by her real-life Shershaah avatar, Bombay High Court reacting to Shilpa Shetty’s plea and Celina Jaitley reacting to being trolled for her breastfeeding pic – here’s all what grabbed headlines in Bollywood to make it to the trending entertainment news today… Also Read – Anurag Kashyap’s daughter Aaliyah FINALLY breaks silence on #MeToo allegations against her father

So, without further ado, here are the entertainment newsmakers of 30th July 2021:

While Janhvi Kapoor has already set her foot in Bollywood, fans are now waiting for her younger sister, Khushi Kapoor. In the interim, Khushi is creating waves with her back-to-back photoshoots. The recent one has left us spell bounded and even Aaliyah Kashyap is pretty impressed.

Kiara Advani, who essays the character of Dimple Cheema, the real-life girlfriend of the eponymous Shershaah, played by Sidharth Malhotra, opened up on their love story. She cannot stop raving about their love. Check out her reaction below:

Today, 30th July, the Bombay High Court passed its decision on the Rs. 25 crore defamation suit filed by Shilpa Shetty for breaching her privacy in connection with husband Raj Kundra’s arrest in his alleged pornography case.

Celina Jaitley reacts to being trolled for her breastfeeding pic

Fans of Celina Jaitley will remember her photoshoot after the birth of her twins, Winston and Viraj. Dressed in an aqua blue bikini, Celina had posed near the swimming pool. While one of her babies was being breastfed, the other one was lying down besides her. The actress looked stunning in the two-piece. Celina has revealed that she has a lot of memories of that picture even though she was badly trolled for it.

Read the full story here: Celina Jaitley OPENS up on being trolled for her breastfeeding picture; says, ‘There’s no way to be a perfect mother’