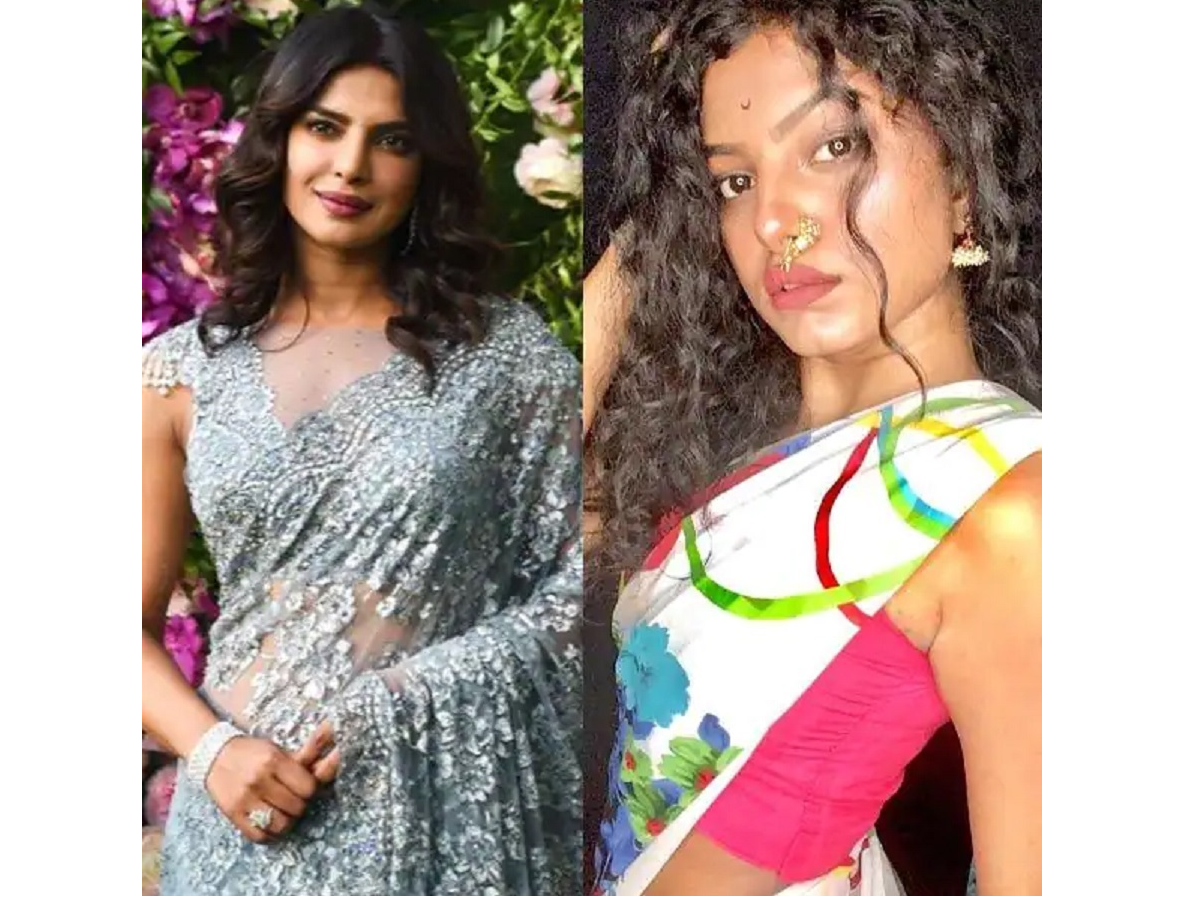 It’s no surprise that almost all the top stars have doppelgangers these days. Some even have more than one or two and sometimes they create quite a lot of buzz on social media or events.

While many of us know about duplicates of male stars, Priyanka Chopra’s doppelganger, Amayra Dongre is the latest on the block. She often amazes people by recreating Priyanka’s iconic looks from her movies and red-carpet appearances. Here, take a look at a series of pictures where Priyanka’s duplicate left people confused.

Donning a floral saree, Amayra confuses people to guess who’s who. She has teamed up her attire with a huge nose ring and minimal makeup.

As we all know, Priyanka is a pro at posing for the cameras and her doppelganger perfectly recreates it. 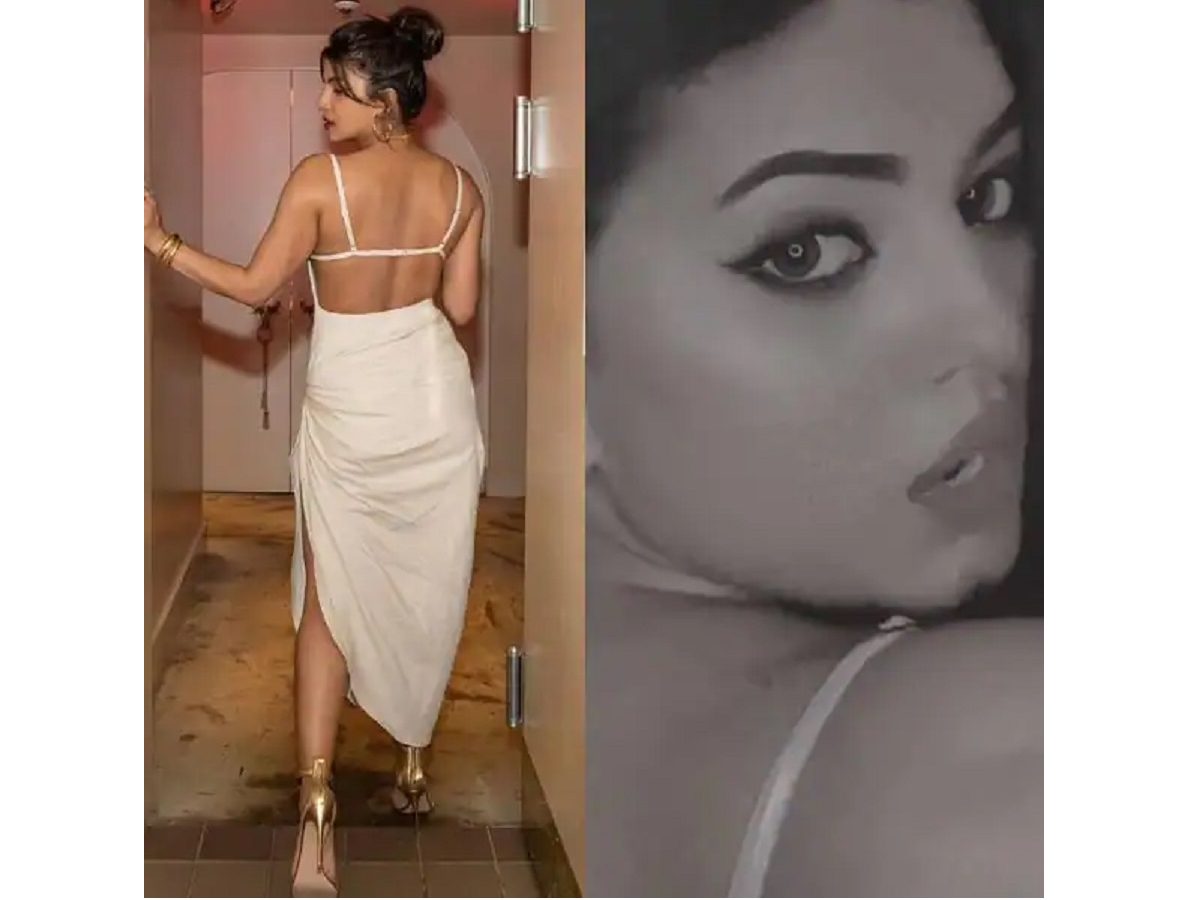 In this photo, she mainly focuses on the face and gets it almost right. She is spotted wearing a huge diamond necklace paired with her simple hairstyle. 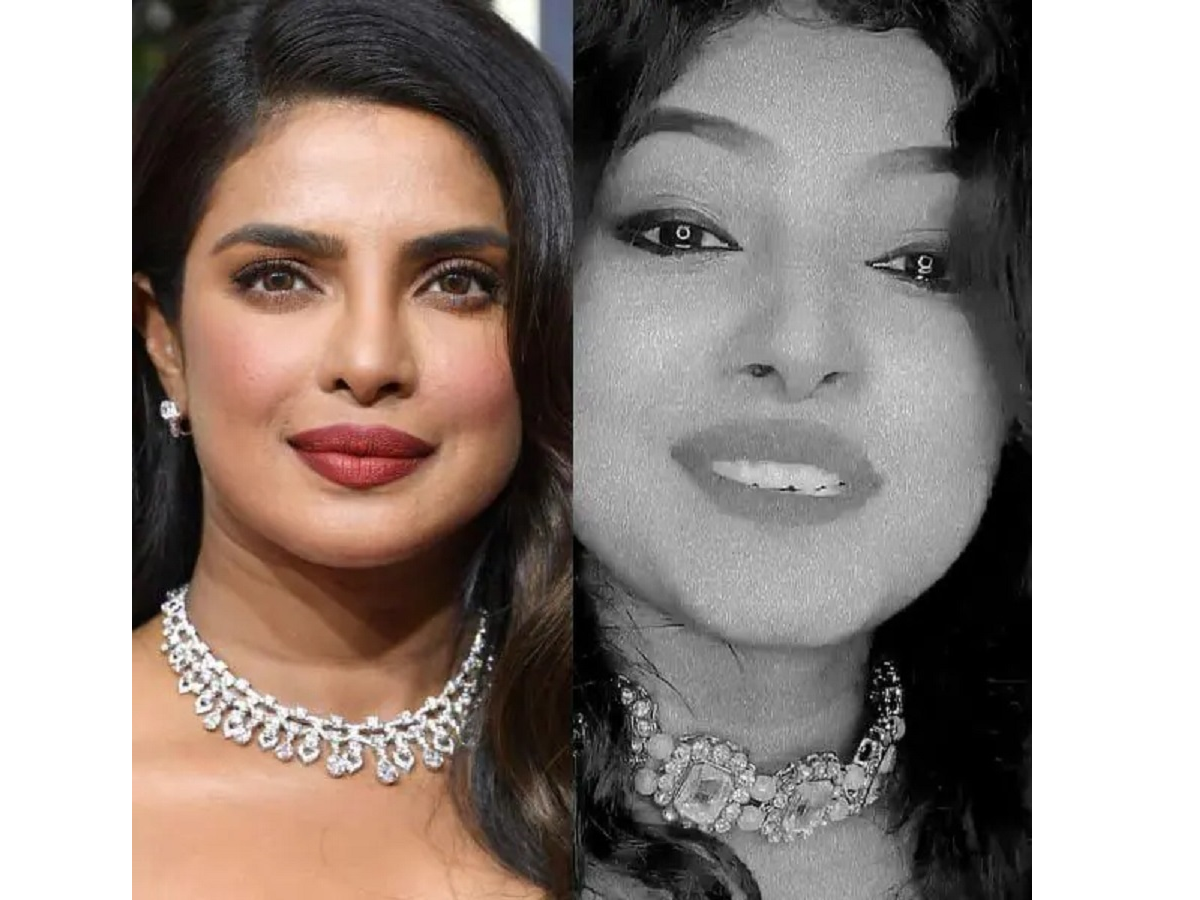 Amayra shared another picture in which she can be seen donning traditional attire and matches herself with Priyanka’s ‘Agneepath’ look. 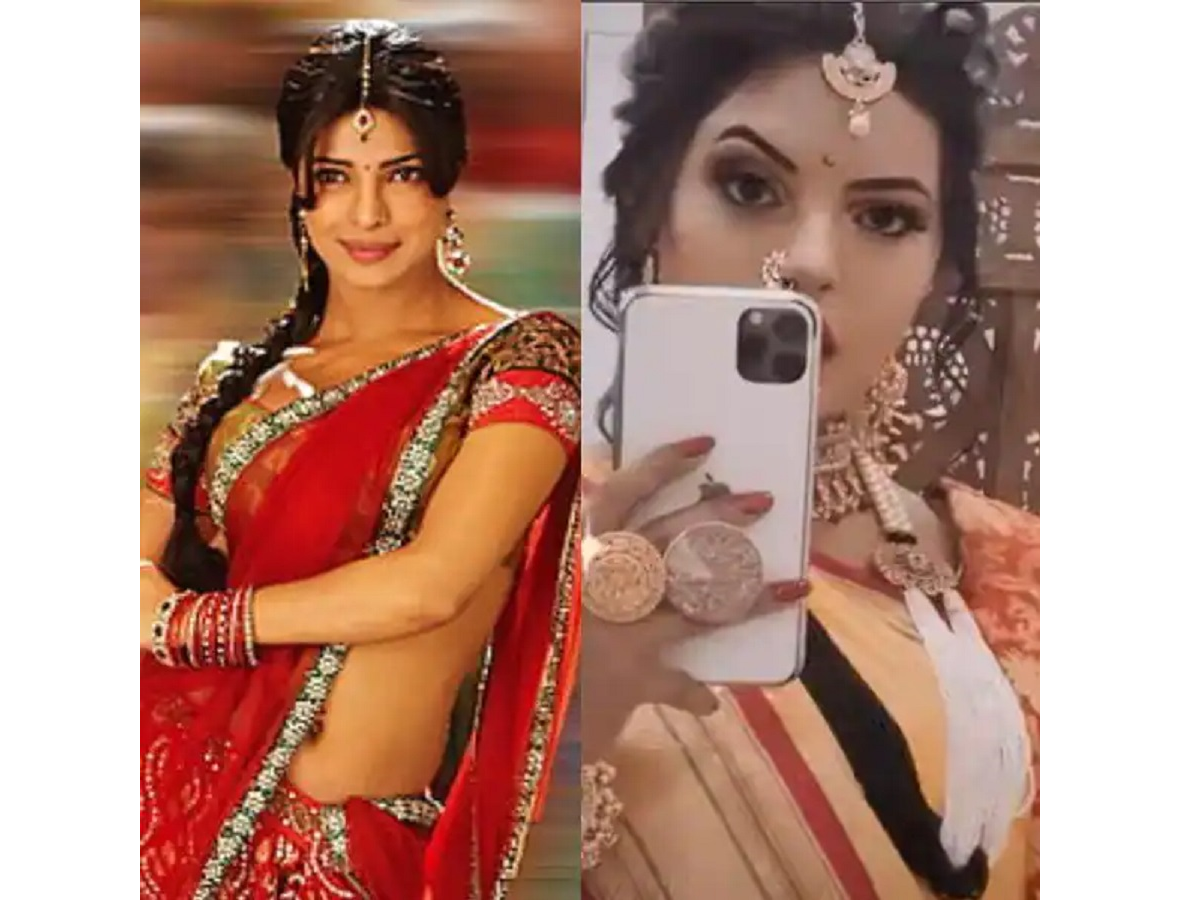 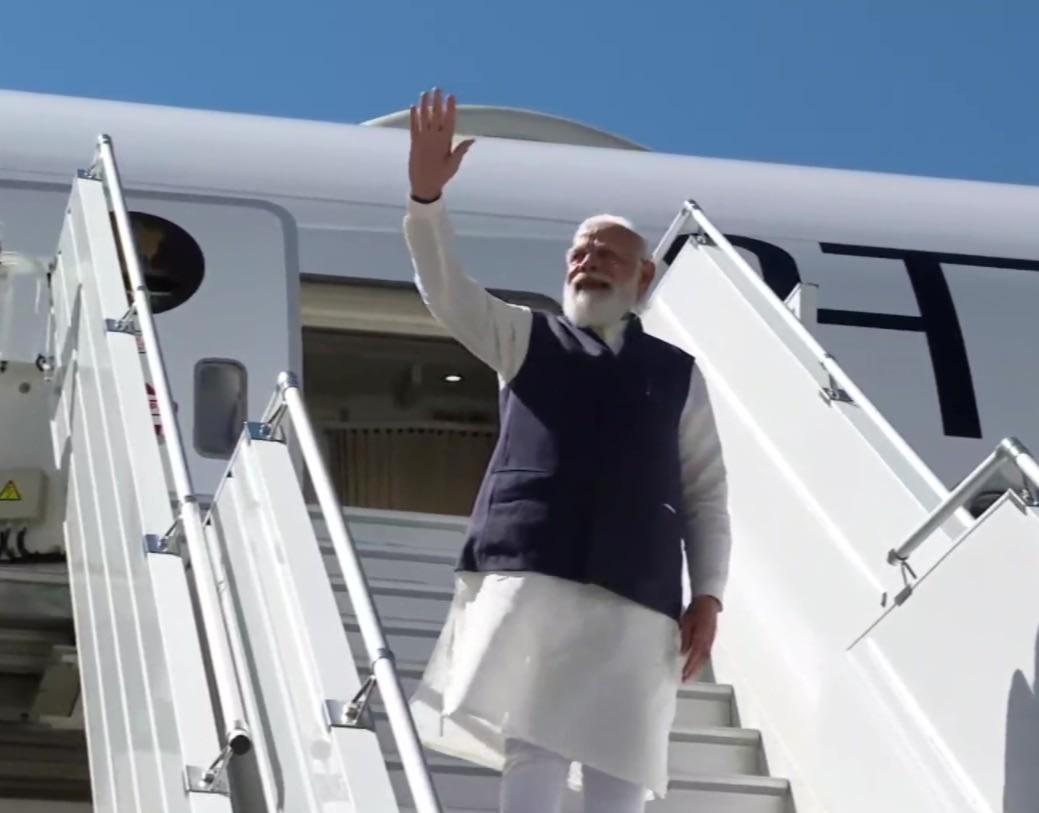