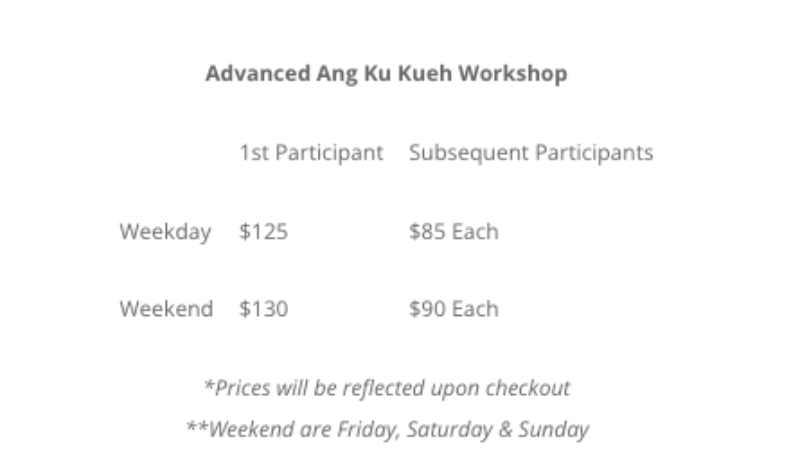 It has been around a month since South Korean drama Squid Game was first released on Netflix and the hype is still going strong.

In hopes of riding on the trend, business from cafes to seafood restaurants have come up with their own renditions of Squid Game-themed activities.

Ji Xiang Ang Ku Kueh is no exception. The confectionery store has decided to hop onto the bandwagon and offer workshops on how to make ang ku kueh shaped just like the masked guards from Squid Game.

In a Facebook post on Friday (Oct 15), the store announced that the newly-launched classes will be held on Mondays and Saturdays from 3pm to 4.30pm.

During the class, you will be taught how to make the kuehs freehand, including how to wrap, mould and fill them.

All equipment will be provided too, from the necessary ingredients down to the boxes you can use to dabao your adorable creations.

You May Also Like  How to make a real Christmas tree last longer: Tips for keeping the centerpiece holiday decoration fresh

Each session allows up to six students and one instructor will be assigned to every three participants.

If you’re a complete novice, Ji Xiang Confectionery recommends taking their introductory class prior to their session as the Squid Game-themed workshops are for advanced students.

Do note that you also have to be above the age of seven to enrol.

Interested parties can make a reservation here. You can also arrange for corporate workshops if you have a larger group of people.