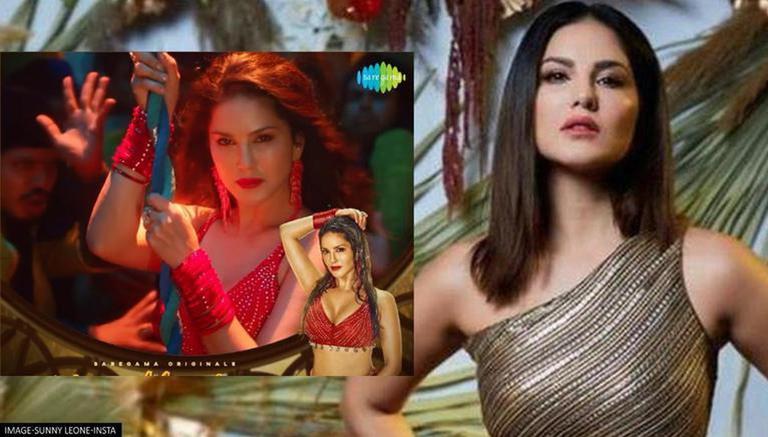 Amid the massive row over Bollywood actress Sunny Leone’s latest song, Madhuban mein Radhika naache for “hurting religious sentiments”, a complaint has been lodged against the actor, lyricist Manoj Yadav, and singers of the song, under Sections 295, 298, 505, 34 of the Indian Penal Code (IPC).

This comes on a day when Madhya Pradesh Minister Narottam Mishra has also issued an ultimatum to the producers. The minister has demanded that Leone and composer Saqib Toshi issue an apology, and the offensive dance number be taken down from YouTube within three days. Narottam Mishra has warned that if the video is not removed, legal action will be taken against the actor and the composer, which may also lead up to an FIR against the team.

The controversial song is a remake of the classic by Mohammed Rafi, which features Leone doing ‘sensual’ moves. This has led to several raising objections to it.

On Saturday, several priests from Uttar Pradesh’s holy city Mathura demanded a ban on the remake of Madhuban mein Radhika naache. Urging Prime Minister Narendra Modi and Uttar Pradesh Chief Minister Yogi Adityanath to take action against actor Sunny Leone, the priests have stated that producers and directors of this album are also equally responsible and should apologise to the Hindu community. The song which lyrically narrates the love between Radha and Krishna has been turned into a party number by Saregama Music, Kanika Kapoor, and Arindam Chakraborty.

You May Also Like  Sunny Leone Birthday: From working in bakery to being first Indian actress to mint NFT, few facts about diva

“Bollywood has time and again insulted Hindus. We condemn this video. Such people must be strictly punished. If this video does not get removed, we will take action, What does Sunny Leone know about Radha Rani? She should apologise,” priests said.

They also questioned why the censor board did not stop the music video from coming out. “Maharashtra government should be taking action against it. Otherwise, the case will be done in Mathura. Sunny should be sent to the country where she came from,” they said.

“We will go to court if the government does not act against the actress and ban her video album,” Sant Naval Giri Maharaj of Vrindaban said.

Get the latest entertainment news from India & around the world. Now follow your favourite television celebs and telly updates. Republic World is your one-stop destination for trending Bollywood news. Tune in today to stay updated with all the latest news and headlines from the world of entertainment.

This amazing article on “Sunny Leone faces heat; complaint filed against her & others over ‘Madhuban Mein Radhika'” was originally found here