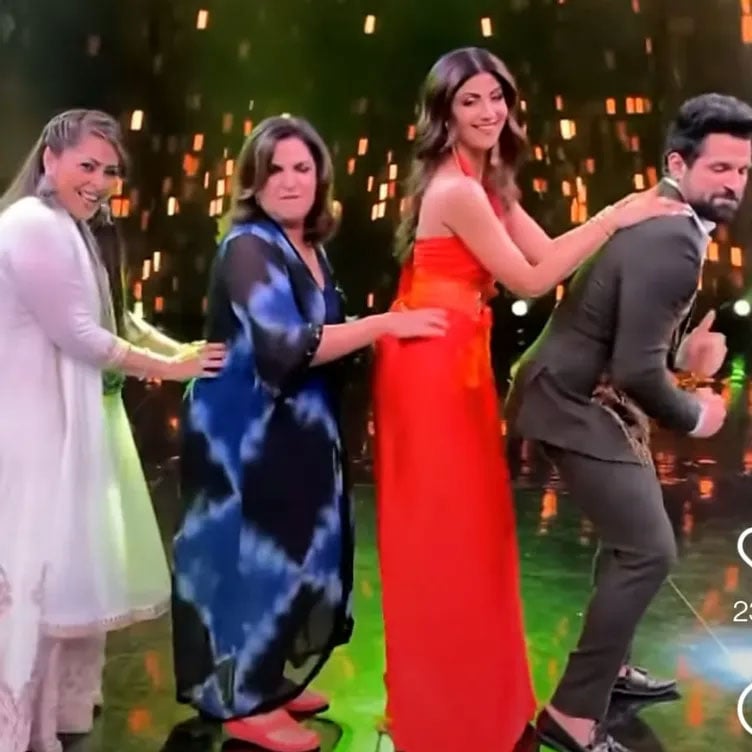 Farah Khan took to Instagram and shared a behind-the-scenes video from the sets of Super Dancer 4 on Sunday.

In the video, Shilpa Shetty, Rithvik Dhanjani, Geeta Kapur and Farah can be seen dancing their hearts out on the stage to song KiDi’s Touch It.

In the middle of the video, Paritosh Tripathi entered the frame and began doing his own moves, at which point, Farah pushed him out.

Farah Khan posted the video with caption “#friendsreunion ..” followed by a heart emoticon.

The endearing post has garnered thousands of hearts within no time.

Shilpa made her first public appearance on August 17 nearly a month after her husband Raj Kundra was arrested by the Mumbai police as the ‘key conspirator’ on pornography charges.

The Baazigar actor resumed shooting for Super Dancer 4, where she is one of the judges.