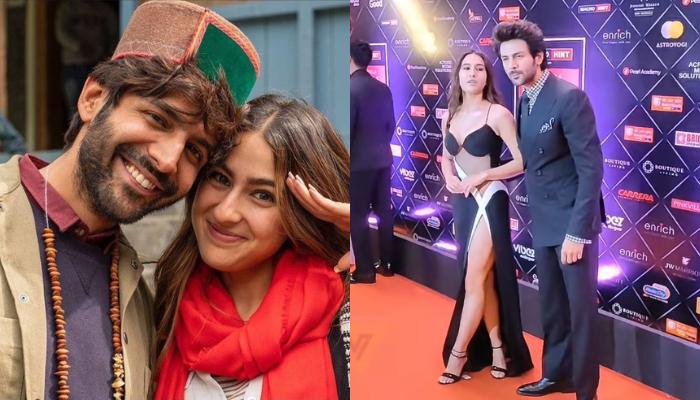 Bollywood actors, Kartik Aaryan and Sara Ali Khan were the most talked about rumoured couple in the B-town. However, gossip about their breakup stories soon had started to do rounds on the internet. It was the Padmaavat actor, Ranveer Singh, who had played a cupid between the two. Ever since Sara Ali Khan had confessed on the couch of Koffee With Karan that she would like to date Kartik, fans were going gaga to see them together.

Even Kartik was left speechless at an awards function when he had got to know about Sara’s attraction towards him. And if media reports are to be believed, the most loved alleged jodi of Bollywood, Kartik and Sara had even dated each other for a brief period of time. They had got to share the screen in the film, Love Aaj Kal. Though the movie did not do well at the box office, Kartik and Sara had fallen in love with each other on the shooting floors. Now, the rumoured ex-couple crossed paths at an event and even posed for the shutterbugs. But their awkward body language got easily noticed by the netizens.

Recommended Read: Kiara Advani Reacts To The Rumours About Her Love Life, Asks ‘Who Are These Mirch Masala Sources’ 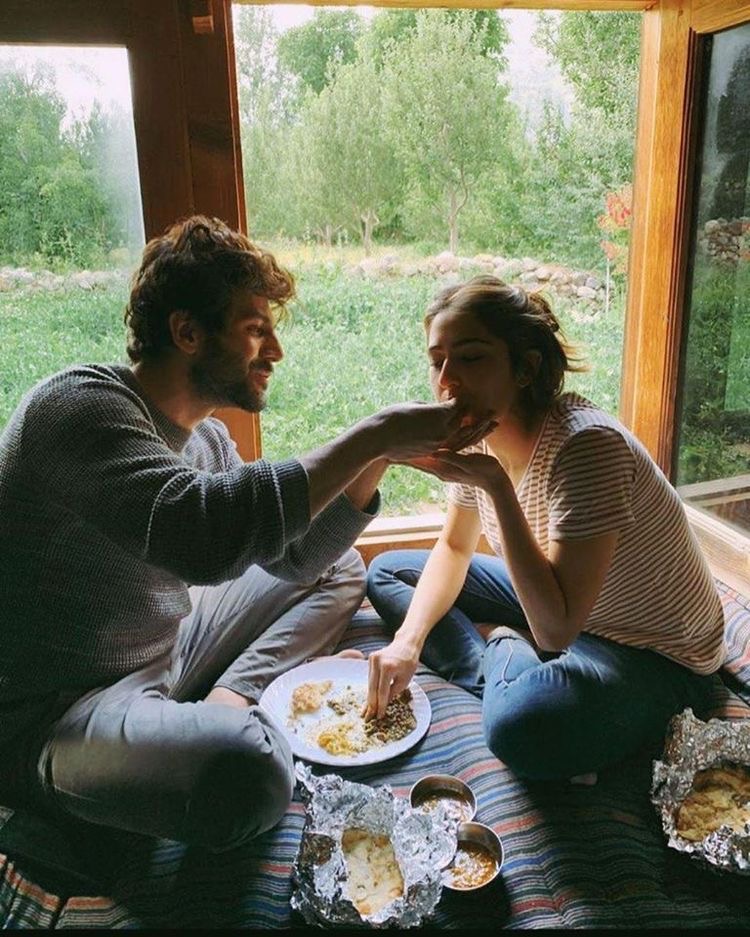 For Pinkvilla’s event, Style Icon, the ever so gorgeous actress, Sara Ali Khan and her alleged ex-boyfriend, Kartik Aaryan, graced the show. While Sara made heads turn in a sultry thigh-high slit black gown, Kartik looked dapper in a black suit and tie. As the duo met each other on the red carpet, the paparazzi started to cheer for them and requested them to pose for the camera. Though the actors elegantly posed for the camera, it seemed like they avoided eye contact with each other.

As soon as the paparazzo page uploaded the video, netizens started to shower their love in the comments section. Many fans were happy to see the rumoured ex-couple together again, but a section of people was quick to notice the awkwardness between the two. One user commented, “Long waited for this oh my goddddd my sartik”, another commented, “Looks like Sara is faking the smile”. While a netizen penned, “She does not seem comfortable, and we all know why”, another user wrote, “Awkward moment”.

Also Read: Priyanka Chopra Gives A Glimpse Of Her Daughter, Malti While Wishing Her Mommy, Madhu On Her B’day On May 20, 2022, Kartik Aaryan was out on a promotional spree for his film, Bhool Bhulaiyaa 2. During a media interaction, Kartik was asked whether linkup rumours with actresses were a part of the promotional stunt for movies to make them successful. To which, the actor had hinted at his relationship with Saif Ali Khan’s daughter, Sara Ali Khan and had said:

“No, no. There was nothing promotional there. How do I explain this? No dear, I mean, we are humans as well. Not everything is promotional. This is all that I will say on this topic.” 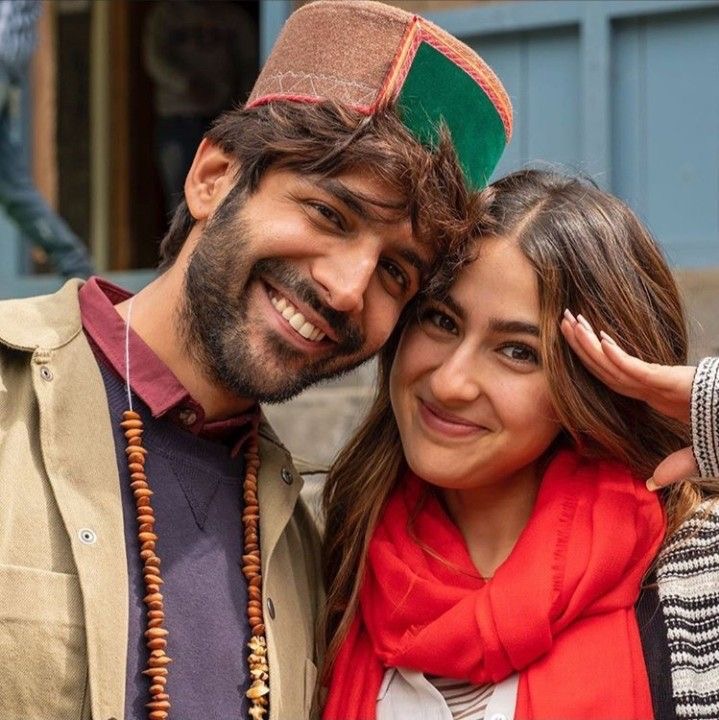 On the work front, Kartik was last seen in the film, Bhul Bhoolaiyaa 2 opposite Kiara Advani.