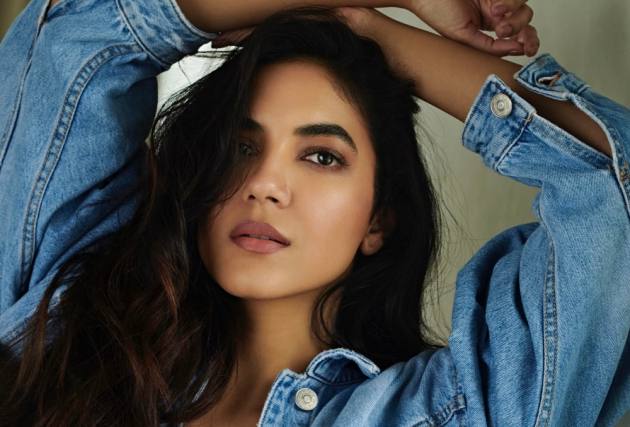 The  year 2022 will see many Tollywood actors such as Vijay Deverakonda, Rashmika Mandanna, Adivi Sesh, Satyadev among others make their Bollywood debut. However, actress Ritu Varma is in no rush. The actress was born and brought up in Hydeberad and is impeccable with her mother tongue Hindi. She says that  working in Hindi films would be a dream-come-true but only with the right script.

Varma has given hits such as Tamil film ‘Kannum Kannnum Kollaiyadithaal’, Telugu films such as ‘Ninnila Ninnila’ and more recently ‘Tuck Jagadish’ alongside actor Nani.

Talking about being part of the Pan-India brigade of actors and growing conversations between Bollywood and Tollywood, the actress shares what she things about her career going ahead.

Varma tells us,”Definitely, I would like to be part of Hindi films. My mother tongue is actually Hindi. I was born and raised in Hyderabad and that way I speak Telugu fluently. I grew up watching a lot of Hindi films, more than South Indian films. If I get an opportunity to act in Hindi films, it would be a dream come true but I am waiting for the right films.”

However, the actress is not holding her breath over working in Bollywood. She likes to follow her instinct when it comes to picking projects and Bollywood too will only be able to entice her with the right story.

You May Also Like  A Thursday becomes one of the most watched Hindi movies as per reports; Yami Gautam reacts-Entertainment News , Firstpost

Varma’s character Bhoomi in recently released film, ‘Varadu Kaavalenu’ is that of a strong headed, opinionated girl, who falls in love with an easy going man. Her character of Gummadi in previous release ‘Tuck Jagadish’, too was a courageous, government employee in a village.

While the actress doesn’t like dividing films as ‘female-centric’ or not, she says that a female actor leading a film doesn’t always have to be very serious or carry a social message.

“I would love to do (for the lack of better word) female centric films but I don’t want to do cliche female- centric films. When it comes to female centric characters, it doesn’t have to be serious. I would like to do something light. There are so many examples in Hollywood. I would love to do something lighthearted,” she says.

The actress believes in having a diverse range for her career, and cites the example of Bollywood actress Alia Bhatt.

“A female- centric film doesn’t have to be serious all the time or give a social message. It could be light hearted. I would like to do something like ‘Raazi’, which Alia (Bhatt) did and then she did something like ‘Dear Zindagi’,” she says.

Bollywood will happen, when it has to happen for Varma. However, right now her slate is full with her upcoming Tamil film ‘Dhruva Natchathiram’ and bilingual ‘Oke Oka Jeevitham’ with actor Sharwanand.

This amazing article on “Ritu Varma: Have Grown Up Watching More Hindi Films Than South Movies” was originally found here