In real life, Peter III of Russia was a textbook failson—a dynastic monarch too underwhelming to even earn a superlative before his wife, Catherine the Great, overthrew him in a matter of months. In Hulu’s The Great, Nicholas Hoult makes it easy to hate his oafishly brutal character—but some part of you also can’t help but love to watch him.

“He’s childlike,” Hoult said of his character during a recent interview with The Daily Beast. “He’s obviously horrendous in many ways, but also at the same time has such a vitality and weird wit.”

For anyone who tuned into Skins, in which Hoult played narcissistic teen Tony Stonem, the 31-year-old’s irrepressible charm comes as no surprise—even in the darkest roles. The Great is no exception—especially in Season 2, which premiered in full Friday on Hulu and opens on a palace in turmoil.

Catherine, not yet the Great but soon to ascend, is waging guerrilla warfare against her husband while the couple awaits the birth of a royal heir, Paul. (That unborn baby, by the way, may or may not have been conceived with the help of Catherine’s lover, Leo—whom Peter may or may not have killed.) Unfortunately for Catherine, her absolute trashcan of a husband is also extremely good at cunnilingus—and she’s facing a lot of stress while trying to pivot Russia toward an enlightened future. So suffice it to say this little family has a complicated dynamic already.

Can these two crazy, not-so-consciously uncoupled kids functionally coparent while vying for the soul of the Russian court? Will Gillian Anderson’s appearance as Catherine’s despicable mother be the match that sets this Molotov cocktail ablaze? The stability of Russia hinges on these questions, and Peter is busy communing with the ghost of his father. Just another day in idyllic 18th century Russia.

Hoult knows that his character, who spent an alarming amount of time in Season 1 trying to kill his wife, could easily become “an all-out villain.” He credits The Great creator Tony McNamara for creating something more complicated. As monstrous as Peter the Question Mark undoubtedly is, the show’s writing slowly unravels the dysfunctional parent relationships and bacchanalian court environment that spawned this rancorous disappointment.

It also helps, Hoult notes, to have a scene partner as talented as Elle Fanning—whose own character evolution this season as Catherine the Great proves just as complex.

Last year we witnessed Catherine’s inevitable rise to power, and this time around we observe her corruptibility—a stubborn arrogance that emerges with each successive challenge from the nagging Peter loyalists at court. Oh, and she’s also dealing with all of this while navigating her pregnancy with the most “advanced” science of the time—forceps that squashed a melon representing the baby’s head during a demonstration. That changes a person.

“It’s so beautifully balanced, what she does with the character,” Hoult said of his co-star. “It’s fun to be there on set, but then also getting to watch it back afterwards. I’m always blown away by the work she’s done.”

Perhaps the most anticipated arrival this season, however, is Gillian Anderson as Catherine’s mother Joanna—whose chief goal in life is to make sure all of her daughters marry kings. Joanna is not particularly thrilled with her daughter, whose choice to overthrow Peter has made it harder to secure matches for her younger siblings. No one wants their son to marry a wife who might overthrow him.

Joanna exacts her revenge by using Peter as both a pawn and a toy. He, of course, has no idea he’s getting played.

Beyond her deliciously saucy performance, Anderson also gets some of the most luscious costumes of the season—a dazzling assortment of gowns with impossibly wide panniers underneath. Hoult recalled that the bubbling skirts occasionally produced obstacles during filming.

“There were times when we’d be on the set and they’d say to Gillian, ‘Walk through here,’ and she’d be like, ‘Well, I can’t actually fit between that and that.’ Her dress is about five times wider than she is, so she’d have to, like, turn sideways to scoot between desks and chairs and things.”

Another exciting guest star this season? Jason Isaacs, who brings Peter’s long-dead father to “life” in a delightfully trippy hallucination.

“We dug a big grave and Jason Isaacs was in there,” Hoult said. “I was so thrilled that it was him playing Peter the Great.”

“We’ve spoken about that character so much throughout the series—the man he was and the way he ruled from other characters’ perspectives and particularly from Peter’s,” Hoult continued. His own character has spent the series buried under the crushing realization that he’ll probably never live up to his father—“so it’s beautiful to have Jason in for that and to have fun and watch him embody all of those things so perfectly.”

“Her dress is about five times wider than she is, so she’d have to, like, turn sideways to scoot between desks and chairs and things.”

(Peter the Great was actually Peter III’s grandfather in real life, but that’s why The Great brands itself as an “occasionally true” story.)

Alongside the colorful character work, Hoult’s role also affords simpler pleasures. For instance: His character, much like Brad Pitt in Ocean’s 11, is always eating. When asked how much of that noshing is real, the actor replied, “I go in for the eating.”

Well, most of the time. There have been some less-than-stellar meals—like in Season 1, when his character needed to eat ice cream that wouldn’t melt between takes. “They kind of got a lard and sugar and food coloring mixture, which was terrible,” Hoult said. “In episode one I had to eat rat as well—which wasn’t a rat, it was a squirrel. But still, not something that I want to be eating too often.”

This season also finds him eating a whale carcass, but don’t worry—that was just some cut-up pears with red food coloring.

Given where things end this season, it seems safe to assume that Hoult and the rest of The Great’s cast will be chowing down for at least one more season. Catherine and Peter’s relationship transforms from pure hatred to a twisted kind of love this season, but the couple’s volatility—and at least one if not several unspeakable acts—means there’s still a lot to unpack.

“And obviously at some point,” Hoult adds, “Peter will be killed.” 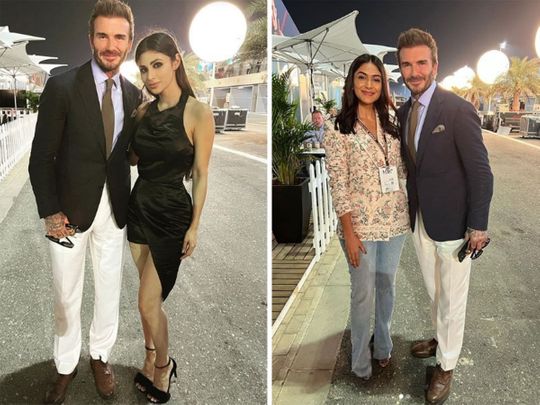