Uwe Hohn, the German great hired in 2017 to coach javelin star Neeraj Chopra, has been sacked by the Athletics Federation of India (AFI). Hohn, 59, the only athlete to throw over 100 metres, was Chopra’s coach when he won gold medals at the Asian Games and Commonwealth Games in 2018, and remained in charge as the national javelin coach for the Tokyo Olympics.

On Monday, AFI president Adille Sumariwalla said after a performance review of athletes and coaches at the two-day executive council meeting that Hohn was being “sent home”. However Klaus Bartonietz, the biomechanical expert who coached Chopra when he won the Olympic gold, is set to continue.

“We are changing Uwe Hohn. His performance is not good. We will bring two (new) coaches.

We are doing what we have to do. Those who think that analysis is not happening and action is not being taken… everything is being done,” Sumariwalla said.

AFI planning commission chief Lalit K Bhanot added that the javelin throwers — including Tokyo Olympics gold medallist Chopra, Shivpal Singh and Annu Rani — didn’t want to train with Hohn. “Dr Klaus (Bartonietz) will continue to coach as (bio-mechanical) expert. We want two more coaches for javelin. It is not easy to get good coaches. But we are trying our best to get at least one more good coach,” he said.

When asked about the below-par performance of Shivpal and Annu, as also discus thrower Seema Antil and shot putter Tajinder Singh Toor, the AFI president said: “It is very simple. Shivpal and Annu were with Uwe Hohn. Uwe Hohn is being sent home. We are also looking for a foreign coach for Toor.”

Ahead of the Tokyo Games, Chopra trained with Bartonietz, but he credited Hohn for coaching him to two major gold medals. “The time I spent with coach Hohn, I believe, was good and I respect him. In that year (2018), I won gold at the Commonwealth Games and Asian Games. I thought that his (Hohn’s) training style and technique were a bit different. Later, when I trained with Klaus, I felt his training plan suited me,” Chopra said after winning the Olympic gold.

In June, Hohn, in a broadside at the Sports Authority of India (SAI) and AFI, had said it was “difficult to work with these people” and had criticised Olympic preparations.

Speaking about his stint in India, Hohn had told The Indian Express: “When I came here, I thought I could change something but it’s probably too difficult with these people at SAI or AFI. I don’t know if it’s lack of knowledge or ignorance. Beside camps or competitions, even when we ask via our nutritionist for supplements for our athletes, we don’t get the right stuff. Not even for TOPS (Target Olympic Podium Scheme) athletes – medal contenders handpicked by the Sports Ministry. If we get something, we are very happy.”

Hohn had also blamed authorities for allegedly going back on their word on his contract. “I’m not happy with the new contract I signed in the beginning of April. We (he and Bartonietz) got blackmailed into signing it, otherwise we wouldn’t have got paid anymore. They said they would review our coaching in April and then increase our salaries. Like all promises before, these were only empty words,” he said. 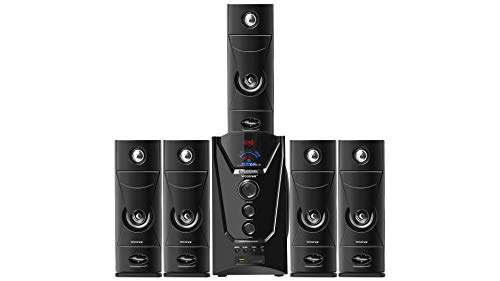