You know when you don’t call on Father’s Day because you are working away and you think, I’ll get round to that tomorrow, and then they die? To be honest I don’t think he did it on purpose, but if he did, absolutely fair play to him. Good prank and very hard to get him back at this stage.

My beautiful, eccentric stepdad died on 20 June this year. I’d like to share some of the things I learned from the way he lived and died. The first one, of course, is how to make an exit.

The second is that we really can get better with age. I’d known him since I was four. When my mum first opened the door to him, my brother asked if he was a pirate. He said no, he was a history teacher. Silly choice, if you ask me.

I’m not sure pirates make the best stepdads. Actually, my stepdad didn’t make a great stepdad for the first 17 years. He wanted us to be completely different children and we didn’t know how to be. Parenting and family dynamics are hard at the best of times, and we strongly suspected he was autistic too. He was never professionally diagnosed but seemed to confirm it himself, telling us: “I did an autism test once, and I was very bloody good at it!”

My stepdad really softened through the years. We got to understand each other more with every passing year, and I really, really loved him.

The third lesson is to always speak your mind and stand up for what you believe in. He was a big character who genuinely cared about equality. You could often find him canvassing for Amnesty International down Ramsgate high street, lamenting the Tories in a local pub, or rudely trying to reason with a dog or an inanimate object.

My stepdad was passionate about justice and often wrote hilarious, poignant letters to the local paper. One local pub had a display of Kray brothers memorabilia, celebrating their connection to the South East. My stepdad wrote the pub a letter outlining some of the violent acts the Kray brothers committed, detailing the torture and murder frankly and in graphic detail. Then, at the end of the letter he just asked if they still wished to glamourise such things. They duly took all the associated tat down.

People loved Dad because he said exactly what he thought and that was as refreshing as it was droll.

He was quite unusual but had a good heart. We went to a family wedding just before he died and everyone was posing for photos, all facing the same way (towards the photographer obviously) and lovely old Dad was facing the opposite way, as if he was conducting the photo. Smiling away, delighted with his family, ecstatic to be there, showing his back.

When I would visit him and mum, my heart was so full to hang out with them, to see them in their armchairs and all do the crossword together. It was like I was making up for lost time because it was only in my adult life that we all had a good relationship.

I would run in and give him a massive, excited bear hug, and like clockwork, he would exclaim: “Put me down, Louise.” Then I would say: “We’re so lucky because we are all still alive.” He would roll his eyes and reply: “Oh for goodness sake, stop being so dramatic,” and we’d both laugh. We kept each other in check.

He was old school; knew all the capital cities, and flags. He was on first name terms with the local librarians and could make a jumper last for years. He didn’t want a second property even when they could afford one at a stage, because he didn’t think it was morally right. He cycled across France to write a book but missed my mum. He never wanted birthday or Christmas presents — he would suggest you buy a goat for a village or donate to a homeless charity. He had a way of making people feel good.

My stepdad didn’t like fuss over him. His notes for the funeral were “the cheapest coffin and keep it short. If you have to do a eulogy, fine, but you can get the whole thing done in five minutes.”

I’m sorry to say it lasted a lot longer and it was pretty good as these things go. Dad’s oldest son and his brother made us both laugh and cry. My little brother gave one of the best speeches I have ever witnessed.

It’s a shame the people who die don’t get the chance to see what they meant to everyone. My stepdad meant so much to me. I hope he was there, smiling away, delighted with his family, ecstatic they were there, showing his back.

If you were watching Dad, hope you stayed for the first five anyhow. You will always be remembered fondly and cherished dearly. Thank you for all you taught me about forgiveness, love, pensions and more. See you up there, champ x

This week I have been…

Watching… Hacks. So many people are I suppose. Is it now hack to watch Hacks? It is a really excellent comedy show, with such a simple premise of having two worlds (well, people) collide. It’s joyful and silly: you care about the characters, and you want them to become better people. It’s also deep and entertaining. I think it is one of the best shows for nailing what stand-up comedy is like, too, it’s quite realistic. Hacks has jokes and a strong storyline, characters and heart.

Skating. I often don’t get time to roller skate. I guess that’s why it’s most popular with seven year olds (they’ve got less on!). Case in point, my niece has eff all in her Filofax. Lazy little Suki! So, I’m trying to prioritise the old rolling shoes a bit more, because my friends who go skating more regularly keep showing me up by being way better than me. Very ignorant of them. Although it’s lovely to have some inspiration.

And of course, being good is NOT what skating is about. Rollerskating for me is about looking like you are having a mid-life crisis, thank you very much! No, I love it. It’s a real thrill to do park skating and even learning tiny little moves is such a triumph. I guess one woman’s skating is another woman’s pottery. It’s nice to have a hobby finally.

Meditating. Big apologies if this triggers you. I know it sounds very North London. But you can actually meditate anywhere! That’s one of the best things about it. Yes, even in South London. I got out of the habit of meditating for a year or more and I only went back to it because I had some yucky old news. The trying times plopped me back in the meditating chair, so there’s benefits to everything – the darkness helps you crack open the light a bit more. Wow, I didn’t mean to go a bit deep here – must be all that meditation. I completely see why people wang on about meditation, it’s really simple, wholesome stuff. And of course it’s free!

Lou Sanders is returning to the Edinburgh Fringe Festival this August with ‘One Word: Wow’. Tickets are available from tickets.edfringe.com/whats-on/lou-sanders-one-word-wow

This amazing article on “Lou Sanders: How to make an exit and other lessons I learned from my stepfather’s death” was originally found here 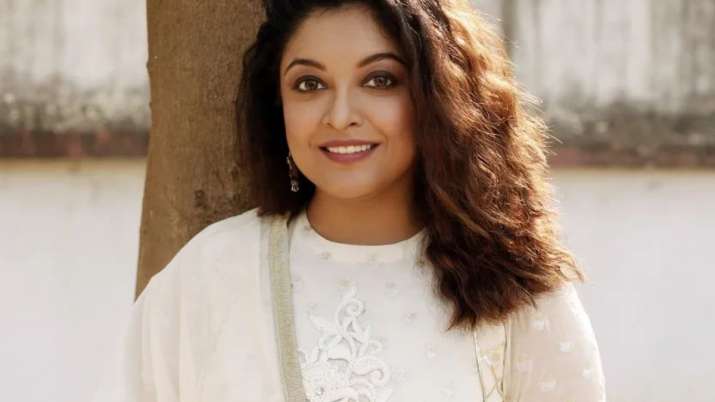