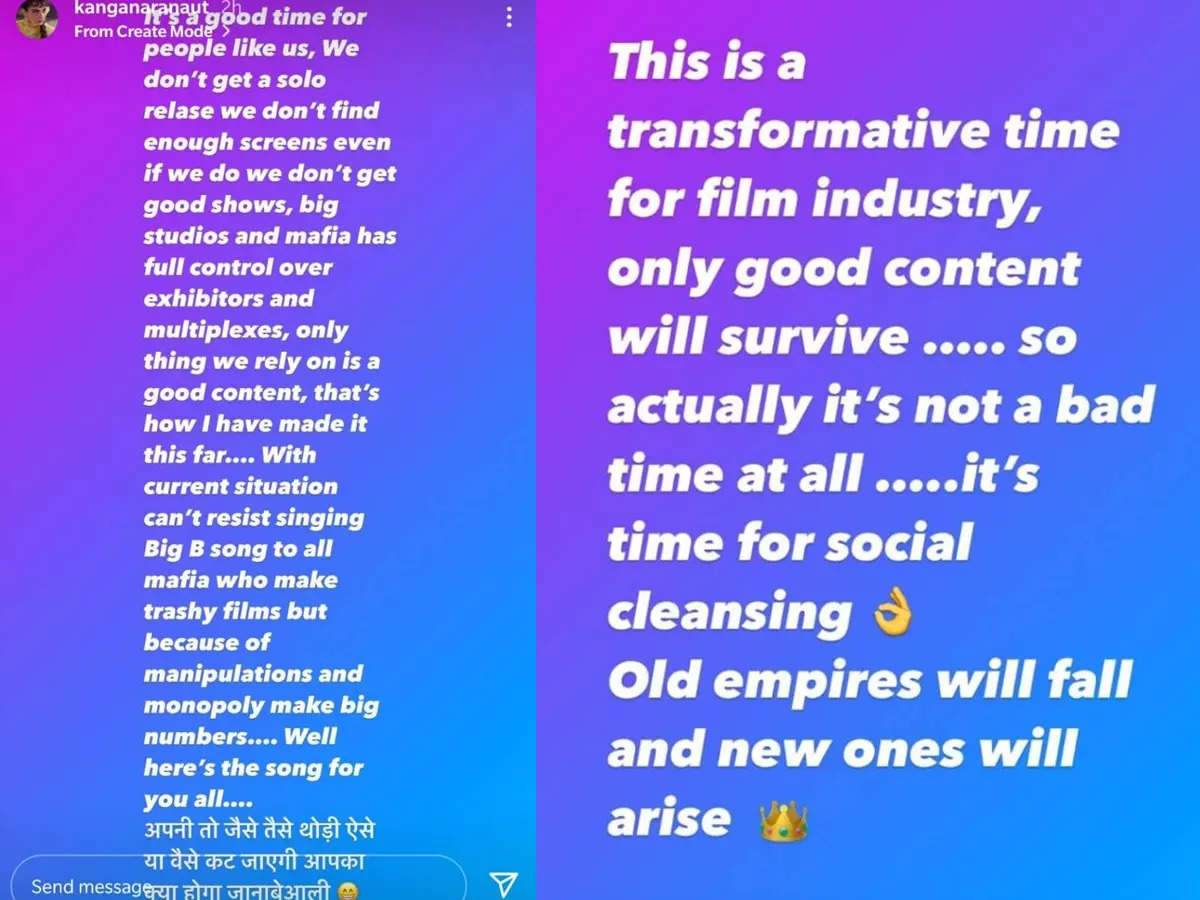 Ever since the Maharashtra government announced reopening of theatres, Bollywood filmmakers have been on a spree announcing release dates of their much awaited movies. Taking a dig at all of them, Kangana Ranaut took to Instagram to pen a fiery message. “Dumb bollywoodias sleeping for months on end now suddenly announcing release dates as if people have nothing better to do than to watch their tacky films,” wrote Kangana in her Instagram story.

Interestingly, Kangana starrer ‘Thalaivii’ released in theatres on September 10 but missed out on Maharashtra since theatres were not open then. Her movie was then made available on OTT in a short span of its release. Speaking about her struggle to release films, Kangana wrote, “It is a good time for people like us. We don’t get a solo release. We don’t find enough screens even if we do we don’t get good shows. Big studios and mafias have full control over exhibitors and multiplexes. Only thing we rely on is good content. That’s how I have made it this far.” She concluded her series of opinions with a note about ‘good content’. “This is a transformative time for the film industry, only good content will survive so actually it’s not a bad time at all. It’s time for social cleansing. Old empires will fall and new ones will arise,” wrote Kangana.

Coming up, Kangana Ranaut has a long list of movies in he kitty. She will be seen in action entertainer ‘Dhaakad’, ‘Manikarnika Returns: The Legend Of Didda’ and ‘Emergency’. Recently, the actress also bagged the role of Goddess Sita in period drama ‘The Incarnation – Sita’.