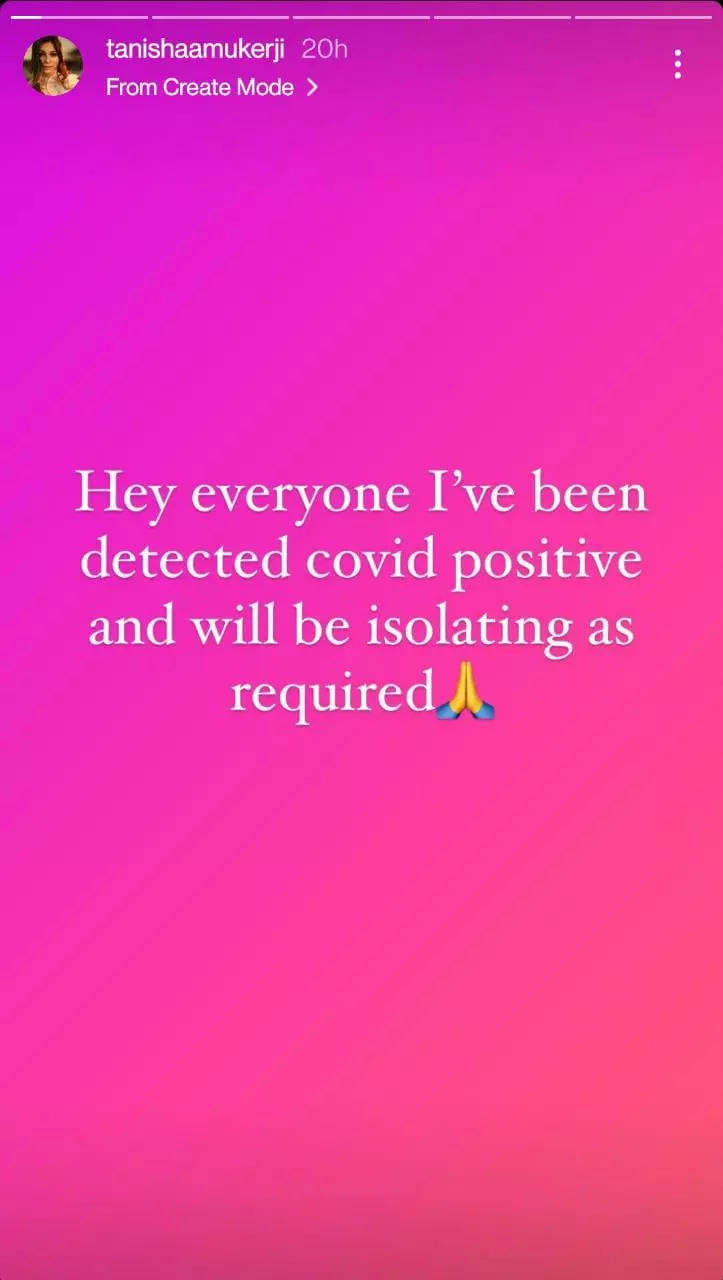 Bollywood actress and Kajol Mukerji’s sister Tanishaa Mukerji becomes the latest celeb to test positive for COVID-19 after theatres have reopened in Maharashtra.

Taking to her social media handle, Tanisha informed her fans about her health and wrote, “Hey everyone I’ve been detected COVID positive and will be isolating as required.”

Tanishaa is one of the many celebs who resumed work amid the pandemic. While shooting for a film in Lucknow earlier this year, she told BT, “It’s a bad situation for the film industry. There is definitely a risk taken every time you go on set. But you can calculate that risk to a certain amount and you can protect yourself in your environment. You have to think of so much more. Before you walk into the set, you have to wear your mask, before the shot you have to take it off and then sanitise after each shot. Earlier we were so casual about our coffee, our water bottle, where we sit on set but now one has to be so careful.”

She also added, “At the same time, we can’t live in fear, I don’t believe in that. But I do believe in being very careful. But no, it hasn’t affected my craft. When I get in front of the camera, I am my character. Most actors are like that. We are creative people, so in front of the camera, you are disconnecting from reality and in that imaginary world that the cinema creates for you. I am not Tanishaa then, I am the character.”

Tanishaa made her Bollywood debut in 2003 with ‘Sssshhh…’ and went ahead to be a part of several films, such as Uday Chopra stare ‘Neal n Nikki’, ‘Sarkar’, ‘Sarkar Raaj’ and many more.

Currently, she is set for her Bollywood comeback with an upcoming film ‘Code Name Abdul’ where she will be essaying the role of a RAW agent as the lead. Apart from her, the film also stars Akku Kulhari. Helmed by Eshwar Gunturu, it will release on December 10, 2021.