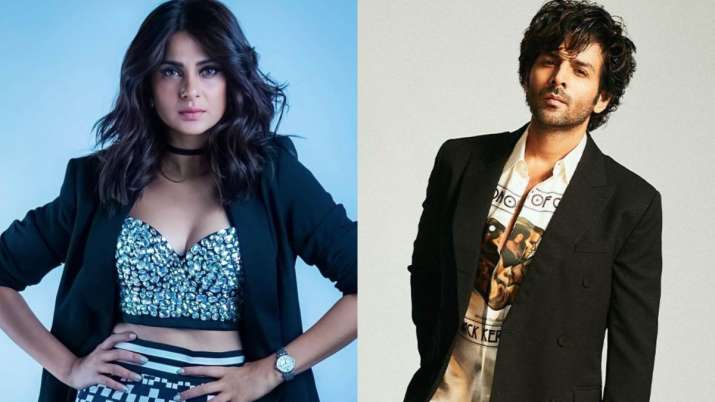 Jennifer Winget is one of the most loved and successful actresses on the small screen. After impressing the audience with her various TV shows like Beyhadh, Bepannah, Shaka Laka Boom Boom, Saraswatichandra, the actress will reportedly be seen in a big Bollywood project opposite Kartik Aaryan. However, there has been no official confirmation on the same. But it is reported that the actors were approached for a project and they have likely said a ‘yes’ to it.

While Kartik is riding high on success of Bhool Bhulaiyaa 2, Jennifer is back in Season 2 of ‘Code M’ as Major Monica Mehra. Ektaa Kapoor’s ‘Code M’ marks the OTT debut of Jennifer. The actress who played the role of a psychopath Maya in ‘Beyhadh 2’, will be seen in the series as a fearless and brave Monica Mehra, the hero in the series that revolves around the Indian Army. ALSO READ: Jennifer Winget FINALLY spills beans on her divorce with Karan Singh Grover: I was stressed, lost and…

Talking about her character, Winget told IANS, “Every bit of this character, I have enjoyed playing because it is also kind of therapeutic for me as a person. Monica, for example, is such a strong-headed and such a confident and no nonsense kind of person. So, I take a leaf out of her book sometimes. With this character, I try to believe in what I am. So, it’s just as challenging and tough, it is also very rewarding as an actor.”

You May Also Like  Vidya Balan wants to 'abuse' when told ‘actresses have short shelf life’; lists ridiculous things she hears in Bollywood

“We all know her (Major Monica Mehra) commitment and love for the country. But in this season, you will also get to see Monica’s childhood, and certain memories, certain instances that have haunted her throughout her life. And that will come into play, and we’ll just kind of get a different look into Monica’s life this time,” she added. ALSO READ: Jennifer Winget talks about her character of Major Monica Mehra in web series ‘Code M Season 2’

This amazing article on “Jennifer Winget to star opposite Kartik Aaryan for a big Bollywood film? Here’s what we know” was originally found here