Angelina Jolie is one of Hollywood’s best actors, and there’s no disputing that she could give younger actresses a race for their money.

Eternal, a Marvel Cinematic Universe film, is the actress’ most recent piece. In the movie, Angie plays Thena, an extraordinary warrior who can create any weapon out of cosmic energy.

In an earlier interview, the actress spoke openly about her love for India, its culture, never feeling like an outsider throughout her visits, and, most significantly, her desire to join Bollywood.

Angelina Jolie was asked if she ever wanted to work in Bollywood during an interview.

Related to what you’re reading:

The 46-year-old actress responded, “I don’t know how good I would be at it. But we all loved that angle in Eternals. We were so excited when he (hinting at actor Kumail Nanjiani, who will be seen bringing this filmy touch to the story) was doing his scenes. It was this exciting part of the film and we thought it was so cool. We used to love when he used to practice. It is a great and exciting addition to the film.”

‘There Is This Feeling In India’

Angelina Jolie remarked of her visits to India that she loves the culture and doesn’t feel like an outsider. “I don’t know if it’s the density of the population but there is something about the place. There is this feeling of humanity which is very present in India.”

She further said that because of the nature of the country, be it on the trains or in the streets, you feel right when you are together.

In 2006, the 46-year-old Oscar winner travelled to India to film A Mighty Heart for the first time. She took part in various touristy activities during that period, including an auto-rickshaw ride and visiting Afghan and Burmese refugees.

Jolie said she didn’t feel like an outsider throughout her stay. She stated, “I felt a part of the country. I felt the energy, the intensity and the humanity. I would like to come back again soon. You learn from so many different places. I feel that I certainly made many great friends when I was in India.”

Jolie Has Always Looked Out For India

Jolie was one of the few global stars to show ‘grief and sympathy‘ for the country’s people during the pandemic, and she also paid tribute to her A Mighty Heart (2007) co-star Irfan Khan after his death.

Despite her desire to visit the nation soon, she says she was pleased to discover a ‘desi’ connection in her upcoming Hollywood picture, Eternals, which has a Bollywood twist and includes Indian actor Harish Patel.

Jolie has spent over 20 years working to fix the world through numerous initiatives — as a goodwill ambassador and as the special envoy for the UN High Commissioner for Refugees — in addition to having an effect on screen. She also claims that she selects projects that represent her values.

This amazing article on “Is Angelina Jolie Hinting At A Bollywood Debut?” was originally found here

You May Also Like  Karthikeya's heroine enrolls in MBA 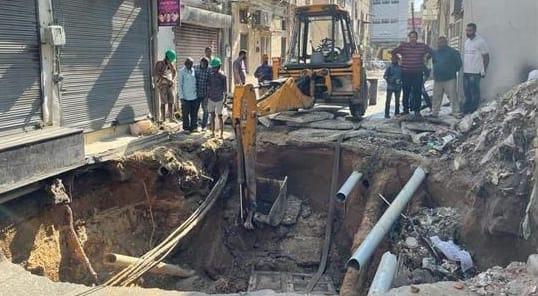