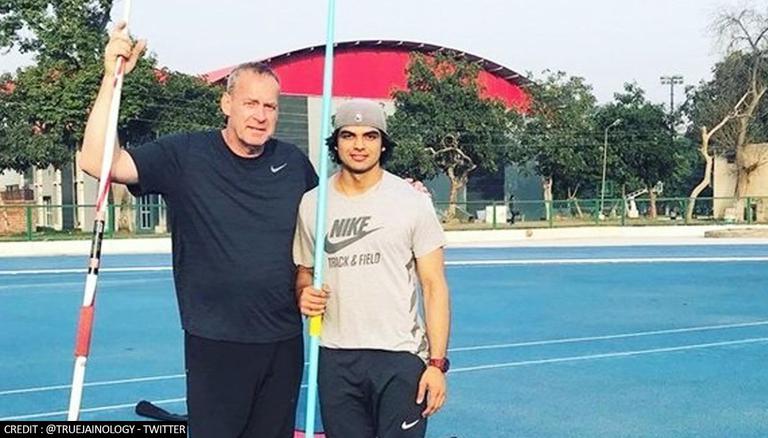 In a major development, the Athletics Federation of India (AFI) on Monday announced the end of an association with national Chief Javelin Coach Uwe Hohn, saying it is “not happy” with his performance and will hire two new foreign coaches soon. Uwe Hohn’s contract was valid till Tokyo Olympics.

“We are bringing two more coaches and we are changing Uwe Hohn as we are not happy with his performance. We are looking for a foreign coach for Toor (shot putter Tajinderpal Singh Toor),” said AFI president Adille Sumariwalla as reported by PTI.

Sumariwalla was speaking during a press conference at the end of a two-day executive council meeting of the federation that was also attended by AFI planning committee chairman Lalit K Bhanot and vice-president Anju Bobby George.

Uwe Hohn was appointed as Chief Coach in November 2017 for one year to train the likes of Olympic champion Neeraj Chopra and two other Tokyo Olympians in Shivpal Singh and Annu Rani. Tokyo Olympics gold-medalist Neeraj Chopra was under his guidance during the Commonwealth and Asian Games in 2018 before another German Klaus Bartonietz took up that role.

Hohn stirred up a row before the Tokyo Olympics by claiming that he had been blackmailed into accepting his contract by the Sports Authority of India and AFI. Both the bodies had rejected the charge.

The AFI also reached the conclusion that the athletes need more tournament and games. “Athletes need more competitions, this is mainly for seniors to prepare for larger competitions. Next year we have a tight calendar — with the World Championships, Asian Games, and Commonwealth Games,” said Sumariwalla. “Athletes need competition in preparatory period so that their bodies remain in good nick. So the plan is to introduce build-up competitions at the zonal level so that athletes don’t have to travel far,” he said.

Who is Uwe Hohn?

Uwe Hohn used to be an athletics track and field athlete who represented Germany. In fact, Uwe Hohn holds the ‘eternal world record’ for the highest javelin throw of 104.80m and at the same time, the German is also the only competitor in the history of the game to throw over the 100m mark. However, he had achieved this feat with an old design of javelin. He had won the IAAF World Cup in 1985 and prior to that had also won the European Championship in 1982.