NEW DELHI: Prime Minister Narendra Modi on Friday inaugurated the redeveloped Gandhinagar railway station and other development projects in Gujarat via video conferencing.
During his address, the Prime Minister said India is marching ahead by leaving behind old thinking on urban development. He said the new Gandhinagar station reflects a change and is proof of changing mindset, optimum utilisation of modern technology, also resulting in employment opportunities.
“A new train linking the soil of Somnath with the city of Vishwanath will be flagged off today. Trains will run at greater speeds once dedicated freight corridors are completed,” PM Modi said.
“Srinagar will very soon be connected to Kanyakumari via rail,” he added.
The Prime Minister further stressed that Railways needed reforms through a new approach.
“The needs of 21st Century India can’t be fulfilled through the ways of 20th Century. We worked to develop Railways not only as a service but as an asset, the result of which can be clearly seen today,” the PM said.
PM Modi also inaugurated the Aquatics and Robotics Gallery, and Nature Park in Gujarat Science City during the event.
“Science City project is a mix of recreation and creativity. The aquatics gallery is even more interesting; not just country’s, but it is one of the top aquariums in Asia,” he said.
Nature Park includes several picturesque features like a Mist Garden, Chess Garden, Selfie Points, Sculpture Park and an outdoor maze. It also includes interesting labyrinths designed for children. The park also contains various sculptures of extinct animals such as Mammoth, Terror Bird, Saber Tooth Lion replete with scientific information.
The Prime Minister also lauded Gujarat for its Covid management and noted that the state will soon reach its 3 crore vaccination target. 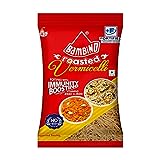