Here are some excerpts and recipes she’s written about over the years.

“I make latkes all year long and try to keep them simple,” she writes. “My latest latke recipe (and they do change and evolve each year as I discover new ideas, within reason) uses matzo meal instead of flour in the batter and I loved the texture that yielded. Use russet potatoes and make extra sure to soak the shreds in cold water for about 10 minutes to get the starch out and to squeeze out as much moisture as possible. This has dramatically improved my latkes, but also hash browns. Consider adding other vegetables to the mix including beets, carrots, parsnips, sweet potatoes, celeriac and zucchini. I also like using schmaltz, the rendered chicken fat, if there are not vegetarians in the group.”

Whisk eggs, 1 tsp. salt and 1/4 tsp. pepper in a large bowl. Grate the potatoes and onions. Add to the bowl with the eggs and combine. Stir in matzo meal.

Heat 2 T. oil or schmaltz in a large skillet, preferably cast iron. Drop large spoonfuls of the mixture (about a 1/4 c. each) into the skillet and flatten. Cook until one side is brown and crisp, about 5 minutes, then flip and cook on the other side. Transfer to a paper towel.

Continue until all batter is gone, adding more oil if necessary.

One way to jazz up your latke game is to offer a variety of toppings. While sour cream and applesauce are traditional, here are a few other ideas: Horseradish or horseradish mixed with sour cream; lemon zest; shredded beets; chopped apples; goat cheese with herbs; crème fraîche with smoked salmon; pomegranate seeds and Greek yogurt; crème fraîche and figs; mix a few fresh herbs into the sour cream or chopped apple compote

This year, I’m making a variation on sufganiyot, those round, jelly doughnuts served on Hannukah, and making little balls of sweet dough, fried and glazed with local honey and spices. They’re much easier to make and travel well. Use any local honey or one with truffle or a little heat to it. I also experiment with flavorings in the honey like orange, rose and vanilla.

Oil, for deep-frying (about 2 quarts)

Combine butter, water, sugar and salt in a saucepan and bring to a boil, stirring occasionally, until butter is melted. Remove from heat and stir in flour, then return to medium heat and cook until the mixture pulls from the side of the pan, stirring constantly. It’s done when you can form a ball, about 2 minutes.

Transfer mixture to bowl of electric mixer and beat on low speed using paddle attachment for 1 minute. I’ve also used just a whisk. Beat in eggs one at a time until dough is smooth. Place in a pastry bag with a large tip.

Set wire rack over baking sheet or layer of paper towels. Heat 2 inches oil in a medium pot to 350°F. Squeeze the pastry bag to drop inch long pieces of dough into the hot oil using a knife to cut each off. Fry until they puff up and turn a golden brown. Remove with a slotted spoon and place on rack. Repeat until dough is used up.

Combine honey, orange blossom water or other flavoring, and cardamom or other spices in a glass cup and heat. Place in a bowl and then transfer cooled, cooked balls into the bowl in batches to toss and coat.

“This latke recipe uses liquid chicken fat to create the perfect crispiness. OK, so, rendered chicken fat may not sound all that healthful, but once in a while it’s fine and so tasty when used to fry your latkes. You can also enjoy a crunchy snack byproduct of rendering that fat, gribenes. So grab your cast iron skillet, which I recommend over any other type, and let’s make some schmaltz.

First, you’ll need a chicken or two. Some butchers may have just chicken skin for you and you may be able to find it if you have a Mexican or Central American grocery store near you. While chicharrón is made from fried pork rinds for the most part, it can also be made from chicken skin.

Otherwise, just get the skin from a chicken you’re going to eat anyway. Make a nice chicken salad! The pound of chicken skin used in this recipe can be obtained from about 14 to 17 pounds of chicken thighs, which you can skin and use in another recipe. You can also just save up the chicken skin as you make other dishes and freeze it. “

You May Also Like  How to make flavorful Thai chicken soup

Schmaltz, and the Gribenes

Makes about ¾ cup of liquid chicken fat and a 1.5 cups of gribenes

Chop the chicken skin and fat into pieces about a half inch by half inch. Place in a bowl and toss the skin with salt and pepper. Place the skin and fat into your cast iron skillet over a medium low heat. Cover and cook for about 12 minutes but do keep an eye on it. You’ll see the fat begin to liquify.

When you see the fat rendering, a.k.a. liquifying, turn the heat up to medium and add the onion if you want to add that flavor. Cook for another 20 minutes, stirring frequently to make sure the pieces don’t stick together. You’ll see the skin browning and curling up.

Take the pan off the heat and strain the schmaltz into a container. Not plastic, of course, because the fat is very hot. When room temperature, it’s a liquid for cooking, but if you put it in the fridge, it hardens up a bit and you can use it as a spread.

Bring the pan back to medium heat to continue to cook the skin and onion until it’s a lovely dark golden color or even darker according to your preference. Then place on a paper towel to absorb the excess fat. Use as a snack or as a garnish on other dishes. I like to sprinkle them with herbs or chili, really anything you put on popcorn.

And now, for the latkes. I’ve experimented with many latke recipes since my roommate’s mom taught me and this is how it’s evolved. I always use russets because they fry up wonderfully.

Applesauce and sour cream for accoutrements

Grate the onion and potato then squeeze out the excess liquid. Place in a bowl with flour, salt, baking powder and egg.

Hold your cast iron skillet over medium-high flame then fill with schmaltz to about a ¼-inch. When hot, drop batter into the schmaltz in ¼-cup portions. Flatten each with a spatula. When the edges get crisp, flip to cook until a light golden brown, about 6 minutes. Transfer to a paper towel. Cook in batches until done.

Serve with the applesauce, sour cream and the gribenes on top.

“Here is my favorite latke recipe and a newfangled one I used recently which includes parsnips and a lovely cinnamon applesauce.”

Grapeseed oil for frying (about 2 cups), or schmaltz (chicken fat)

Shred the potatoes using a fine shredder or food processor with a shredding attachment. I use a Spiralizer, of course. Place the shredded potato into a bowl of cold water.

Grate the onion to extremely fine. Drain the potatoes, then place in the center of a clean dish towel or a few layers of cheesecloth and top with the onion. Wrap it all up and squeeze to extract the liquid into a bowl. Place the potato and onion into a dry bowl.

Add the oil or schmaltz to a heavy skillet. Heat to about 370 degrees F. Meanwhile, mix the matzo meal, potato starch, beaten eggs and salt and pepper into your potato and onion mixture.

Make the pancakes by taking about 3-4 tablespoons of the mixture and shape it into a flat disc. Place into the hot oil, but don’t crowd the pan. You should have sizzling oil but not smoking. If it smokes, turn down the heat a tiny bit. Consider starting with one test latke, then adjust the heat and fry about 4 at a time, about 3 minutes per side until brown and crisp. Remove and cool on a wire rack. Serve with sour cream and applesauce.

Adapted from the Food Network

Peanut or vegetable oil, for frying

Cut the apples into 1- inch pieces. Remove 3 wide strips zest from the lemon with a vegetable peeler; transfer to a saucepan and squeeze in the lemon juice. Add the apples and cinnamon stick, cover and cook over medium heat until soft, 15 to 20 minutes.

Uncover and increase the heat to medium high. Continue to cook, mashing and stirring the apples, until they thicken, 10 to 15 minutes. Remove the cinnamon stick, then pass the apples through a food mill or puree in a food processor. Set aside until ready to serve.

Grate the potatoes, parsnips and onion using the medium grater attachment of a food processor or the large holes of a box grater. Squeeze the mixture by the handful over the sink to remove any excess liquid.

Mix with the garlic, eggs, parsley and chives in a large bowl, then add the flour and 1/2 teaspoon each salt and pepper. Shape into 12 thin patties, squeezing to remove any remaining liquid as you form each one; lay on a sheet of parchment.

Heat 1/4 inch of peanut oil in a large skillet over medium-high heat. Fry the latkes in batches until golden brown, 4 to 5 minutes per side. Drain on paper towels and season with salt while hot. Serve with the cinnamon applesauce.

This amazing article on “How to make the best latkes: Food writer Rachel Forrest’s favorite recipes” was originally found here 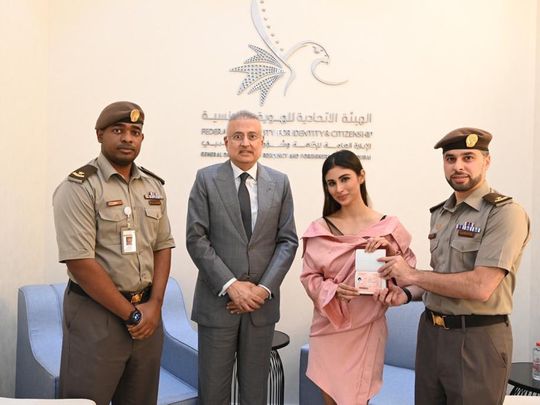