Farhan Akhtar has managed a first-of-its kind casting coup with his upcoming directorial that he announced on the 20th anniversary of Dil Chahta Hai. Bringing together three of the most popular actresses – Alia Bhatt, Katrina Kaif and Priyanka Chopra – for Jee Le Zaraa, must have been a logistical nightmare. As Priyanka said on Instagram, “it only took 3 years to align all our schedules but we stuck together and got it done”, the film is a rare combination of several firsts for Bollywood that many hadn’t imagined before this amazing bunch of talent came together to make it possible.

“There are not enough Hindi movies that are female multi-starrers. This led to an impulsive phone call… to my 2 real friends about this idea that involved 3 on-screen girlfriends. A celebration of friendship we called it,” Priyanka says in her Instagram post. Films on female friendships are rare in Bollywood, which has narrated several tales of male buddyship and bromances.

What is even rarer is the coming together of three female superstars in their own right, setting aside professional rivalries and ego tussles. It definitely takes casting trends in Hindi cinema on a different path than the male-centric multi-starrers where the power balance always tilted in favour of one or two of the more popular faces. Dil Chahta Hai had Aamir Khan, Zindagi Na Milegi Dobara had Hrithik Roshan. Aisha had Sonam Kapoor, Veere Di Wedding had Sonam and Kareena Kapoor Khan, and it was clear which character was in focus. Jee Le Zaraa has three bankable actresses headlining a project about female bonding. I don’t think we have ever been able describe any Hindi film with these words in the past.

“Katrina, Alia, and I enthusiastically met in February 2020 just before the world shut down, to discuss who we could trust to bring this vision to life for us and our choice was unanimous… Farhan and Ritesh, Zoya and Reema. We had all worked with @excelmovies and @tigerbabyfilms individually so this seemed perfect,” Priyanka’s post mentions. She had worked with Farhan and Ritesh Sidhwani, Zoya Akhtar and Reema Kagti on one of her most-loved films till date – Dil Dhadakne Do. Farhan has also directed Priyanka in Don 2 and acted opposite her The Sky Is Pink.

Don 2, incidentally, was the last film directed by Farhan. He had been concentrating on acting projects since.

Priyanka’s post continues, “It just so happened that Farhan was working on a female road trip movie at the same time! Talk about all the stars aligning!!” After making Dil Chahta Hai and Zindagi Na Milegi Dobara, it was probably a natural progression for Excel Entertainment to produce a film with women at the wheel. “About time the girls took the car out,” Farhan said in his post on Instagram, implying it was definitely the need of the hour. Films about girls on a road trip isn’t just a rarity in Bollywood, there are very few films that fit the genre in Hollywood, too.

Another unique commonality among the three films is that none of the stars of Dil Chahta Hai, ZNMD and now Jee Le Zaraa, had worked together before. Aamir Khan, Saif Ali Khan and Akshaye Khanna was a first; Hrithik Roshan, Abhay Deol and Farhan Akhtar was a first, too. Excel sure excels at putting together the rarest of combinations when it comes to casting.

Dil Chahta Hai, 20 years ago, started a new era in Bollywood cinema beyond the templated, formula-driven filmmaking. The spirit was carried forward by his sister Zoya with Zindagi Na Milegi Dobara. As Farhan returns to the director’s chair 10 years after Don 2, we sure hope that Jee Le Zaraa will become more than just a female version of the aforementioned male centric films, with a refreshing take on female friendships. 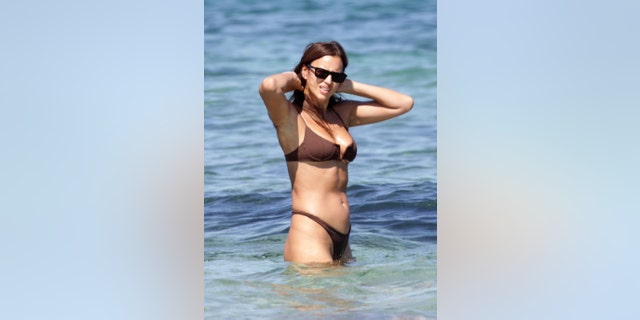