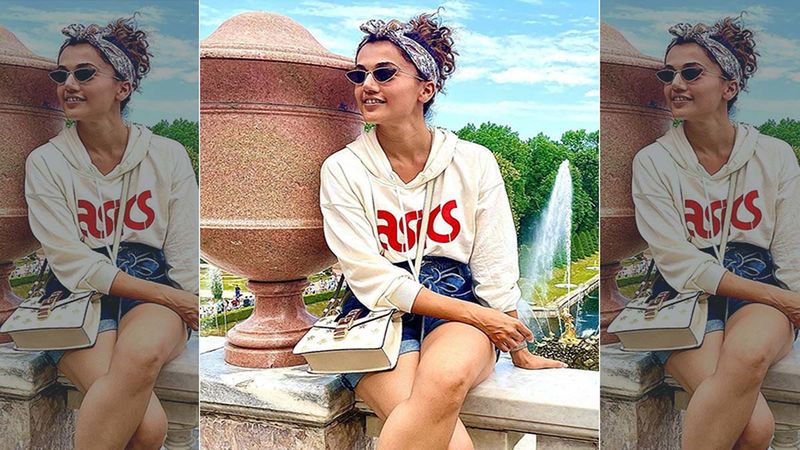 Taapsee Pannu turns 34 today (August 1), and she is celebrating her birthday in Uttarakhand’s Nainital this time. The newly turned producer has been shooting for her upcoming film Blurr in the city. The actress plays the central role in the movie, also featuring Gulshan Devaiah.

Blurr also marks Taapsee’s first film as a producer under her recently launched production company Outsiders Films. On Sunday, Taapsee gave us a glimpse of how she is celebrating her birthday by dropping a picture on Instagram. The click shows Taapsee from behind as she admires the scenery. Taapsee, in her caption, wrote: “Last week has been tough, tricky, testing but with this sunrise and this new year I shall again gather the strength to look forward to what life has in store for me coz.”

RSVP movies, which is backing Taapsee’s next, unveiled the actress’ fresh look from the movie. The picture has the actress in blue Indian sports kit, and she’s about to board a bus with Indian team branding all over it.  Wishing the actress on her birthday, the production banner said it was the actress’ time to shine on.