NEW DELHI: A strong supply chain is crucial for the health of any sport. The next generation has to be nurtured, guided, encouraged, given opportunities and monitored very carefully, so that there is always a plethora of talent to choose from when the senior team needs fresh blood.
As far as the Indian cricket set up is concerned, this is something that is ingrained in the system at pretty much all levels. Managers know how crucial it is to spot, monitor and encourage next generation talent. It’s not a surprise then to see Indian cricketers who are trying to make their way into the senior team putting up consistent performances in whichever level of cricket they are currently playing.
TimesofIndia.com here looks at five such cricketers who could well be future senior team stars:
Yash Dhull (19-year-old right-hand batter)

If leading the Indian team to the ICC u-19 World Cup title was a stepping stone to instant fame, centuries in both innings of his first-class debut showed the world that 19 year old Yash Dhull has it in him to be a very effective player in red ball long format cricket as well.
The Delhi lad became only the third batsman after Nari Contractor (1952/53) and Virag Awate (2012/13) to score a hundred in each innings on Ranji Trophy debut. He had identical scores of 113 and 113* in the two innings of the Ranji Trophy Elite, Group H match between Delhi and Tamil Nadu in Guwahati.

What really impressed cricket experts and coaches was the fact that Dhull had no red ball cricket experience under his belt and made his first-class debut straight after the u-19 World Cup triumph in the Caribbean.
How well a cricketer can adapt, depending on the needs of the team is a crucial element which team management value very highly. Dhull has been a middle-order batsman but then passed his first First Class test with flying colours when asked to open against a formidable domestic side like Tamil Nadu.
Delhi coach Raj Kumar Sharma, who has also coached Virat Kohli, feels Yash should be fast-tracked into the senior India team in the future.
Yash Dhull domestic numbers:
First Class: Matches – 1; Runs – 226; HS – 113*; Avg – 226; 100s -2; 50s – 0
Shahrukh Khan (26-year-old right-hand batter)

Tamil Nadu’s Shahrukh Khan has already done a fair bit to impress the powers that be in Indian cricket. The 26 year old was added to the Indian squad for the first ODI against West Indies, after Shikhar Dhawan, Ruturaj Gaikwad, Shreyas Iyer and Navdeep Saini tested positive for COVID-19.
Shahrukh’s international debut did not happen, but things look encouraging for the dasher from Tamil Nadu. He was bought by Punjab Kings for a whopping Rs 9 crore at the recent IPL Auction. The Kings clearly see him as a long term talent that they need to invest in. He was purchased by the same team for Rs 5.25 crore last year and scored 153 runs in 11 matches, with a highest score of 47 and a strike rate of 134.21 and took 4 catches.

It is not easy to fill the shoes of a legend like Mahendra Singh Dhoni. After a few struggles and initial blips, Rishabh Pant has claimed Dhoni’s place in the Indian team, across all formats and in all conditions.
But who will don the wicket-keeping gloves in Test matches in case Pant is injured? Yes, India has KL Rahul and Ishan Kishan. But they are batsmen who can keep wickets, not specialist wicket-keepers that are needed in Test cricket. And Kishan is yet to prove his Test credentials. With Wriddhiman Saha on the wrong side of 30 and being dropped from the Indian Test team, the team management and selectors seem to be focussing on 28 year old Kona Srikar Bharat from Andhra Pradesh.
Bharat is seen as a proper wicket-keeper – Good glove skills and a dependable bat. The fact that Bharat will also spend quality time with Pant in the Delhi Capitals dressing room, could also benefit Indian cricket.
Bharat was in the senior Indian squad for the recent home Test series against New Zealand and took 3 catches as a substitute in the second innings of the Kanpur Test in November 2021.
Bharat, who for a long time was seen as a successor to Saha before Pant emerged on the scene, is now an understudy to Pant in a way, getting ready for an international call. He averages over 36 in First Class cricket.
Delhi Capitals bought him at the recent IPL player auction for Rs 2 Crore, which was ten times his base price. He played 8 matches for RCB in IPL 2021.
KS Bharat domestic numbers:
First Class: Matches – 79 ; Runs – 4289; HS – 308; Avg – 36.65; 100s -9; 50s – 23
List A: Matches – 56; Runs – 1721; HS – 161*; Avg – 33.09; 100s -5; 50s – 5
T20: Matches – 61; Runs – 1050; HS – 78*; SR – 108.80; 100s -0; 50s – 5
Sakibul Gani (22-year-old right-hand batter & right-arm medium fast bowler)

Playing for Bihar, Sakibul Gani made headlines recently when he smashed an astounding 341 in the Ranji Trophy Plate Group match against Mizoram on Friday to break the world record for the highest individual score on first-class debut.
Hailing from the sleepy town of Motihari in Bihar, Sakibul smashed 341 off 405 balls, with 56 fours and 2 sixes, to break the record of compatriot Ajay Rohera of Madhya Pradesh, who had hit an unbeaten 267 against Hyderabad in 2018.

The youngest of six siblings, Sakibul was mentored by his elder brother Faisal, a bowling all-rounder who played for Bihar in Under-19 cricket, the Cooch Behar Trophy and also led East Zone in Vizzy Trophy, but was never picked in the Bihar Ranji Trophy squad.
Given that Bihar is not traditionally a state known to make a big splash in Indian cricket and has a system that has been accused of having apathy for sporting activities, Gani’s feat of entering the record books, that too on debut, is nothing short of spectacular and extraordinary.
Bihar were playing Mizoram in the Ranji Trophy match, in which Sakibul made his First Class debut. Though it’s still very early days, Sakibul is a player the scouts and in turn selectors will be keeping an eye on, especially after his world record breaking feat, which even drew praise from Sachin Tendulkar.
Sakibul Gani domestic numbers:
First Class: Matches – 1 ; Runs – 341; HS – 341; Avg – 341; 100s -1; 50s – 0
List A: Matches – 14; Runs – 377; HS – 114; Avg – 31.41; 100s -1; 50s – 1
T20: Matches – 11; Runs – 192; HS – 53*; SR – 106.07; 100s -0; 50s – 1
Raj Angad Bawa (19-year-old all-rounder – left-hand batter & right-arm medium fast bowler)

Sport runs in the family of Raj Angad Bawa. His grandfather Tarlochan Singh Bawa was a member of the 1948 Olympic gold medal winning Indian team, while his father Sukhwinder Singh Bawa trained cricketer Yuvraj Singh during his formative years.
Raj was one of the big finds of India’s victorious Under-19 World Cup campaign. A right-arm medium pacer and a hard-hitting left-handed batsman, Bawa registered a five-wicket haul (5-31) in the Under-19 World Cup final against England to guide India to the title. He was adjudged Man of the match in the final.
Overall in the tournament, Raj took 9 wickets and scored 252 runs, with a highest score of 162*.

The 19-year-old from Himachal Pradesh considers Yuvraj to be his role model and such has been the 2011 World Cup star’s influence on the youngster that Raj, a natural right-hander, started batting left-handed to emulate Yuvraj.
He was fast-tracked into the Chandigarh Ranji Trophy team and made his First Class debut recently in a match vs Hyderabad, which Chandigarh lost by 217 runs. Bawa though was impressive, registering scores of 44 and 35* and taking two wickets in the match.
Bawa was bought by Punjab Kings for Rs 2 crore at the recent IPL player auction.
Raj Angad Bawa domestic numbers:
First Class: Matches – 1; Runs – 79; HS – 44; Avg – 79; 100s -0; 50s – 0 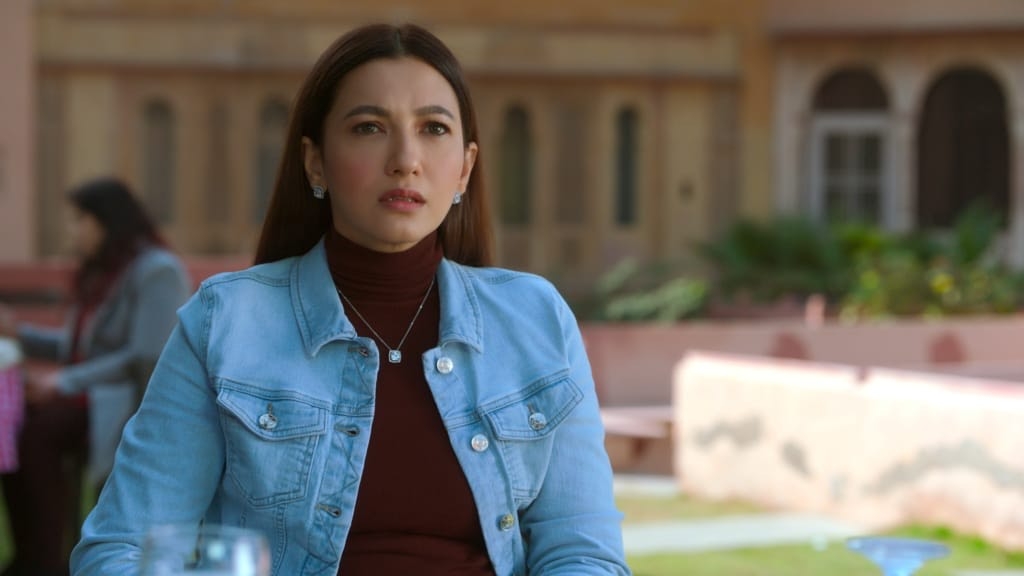