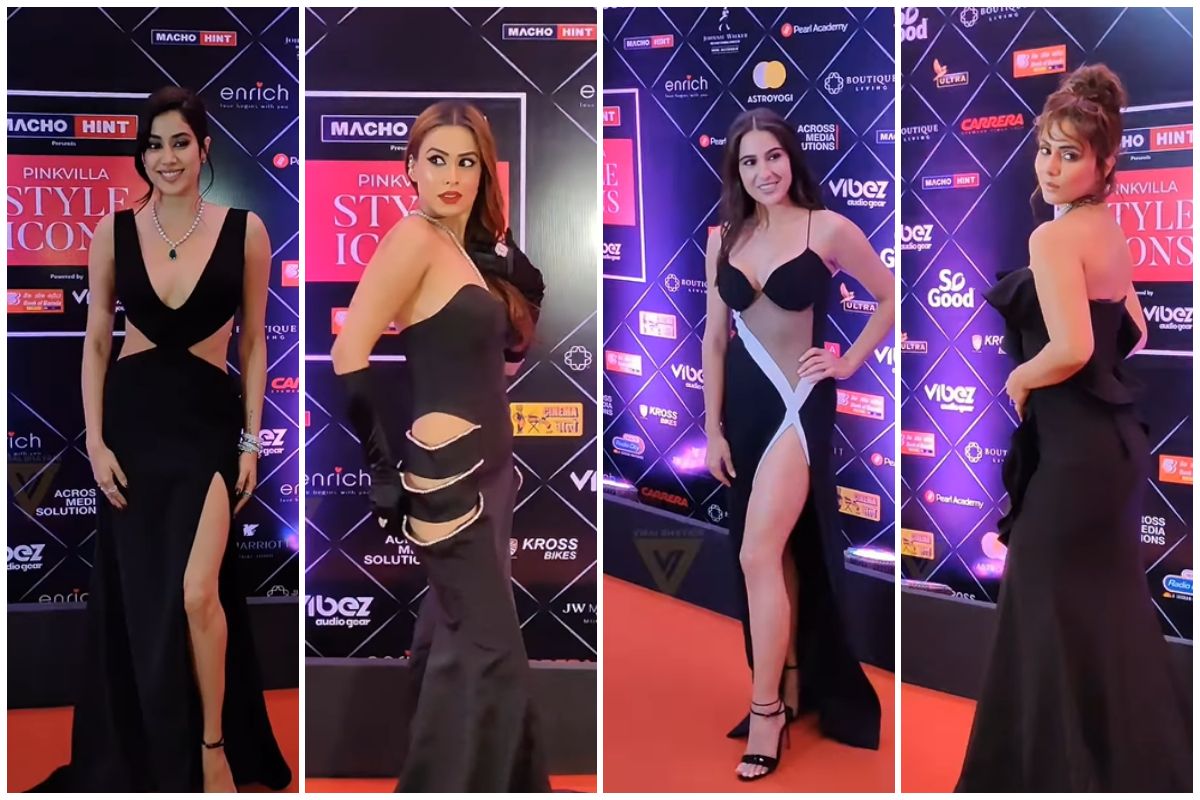 Bollywood & TV actresses in black: Black will always be sexy and tinsel town actresses’ no.1 choice when it comes to red carpet fashion! And at a recent award function our Bollywood and TV divas once again proved it. Last night during an event, B-town hotties- Sara Ali Khan and Janhvi Kapoor showed up in their head turning black outfits, meanwhile TV’s fashion queens Hina Khan and Nia Sharma also raised the oomph with her jaw-dropping ensembles in the same colour.Also Read – Kartik Aaryan And Sara Ali Khan, The Ex Rumored Couple, Pose Together At An Award Show, Karan Johar Upsets Kartik Aaryan With His Entry On Stage

These actresses looked oh-so-glamorous in her black gowns and made every head turn on the red carpet. Scroll down to see divas who slayed in black. Also Read – Price of Hina Khan’s Magical Black Ruffle Gown Has Been Revealed- Take a Look!

Janhvi Kapoor too proved that black can never go wrong. The Dhadak actress looked ultra chic in her black cut-out dress. She too obliged the paps with stunning poses, and flashed her million dollar smile making her fans go gaga.

And while B-town divas carried black perfectly, TV actress Hina Khan too proved while she is known as the ultimate fashionista of small screen in her sexy black number. Hina looked amazing in a strapless black gown, her hair and makeup were also on point.

Another TV fashionista Nia Sharma too brought glam to the event, with her jaw-dropping black cut-out-gown. She paired her gown with matching and sported a bold red lip

Anusha Dandekar too set the temperature soaring with her sizzling hot avatar. The actress/host who never fails to impress her admires once again set the red carpet on fire in a sexy black number.

So who do you think nailed the black look on red carpet? Tell us in the comment section.