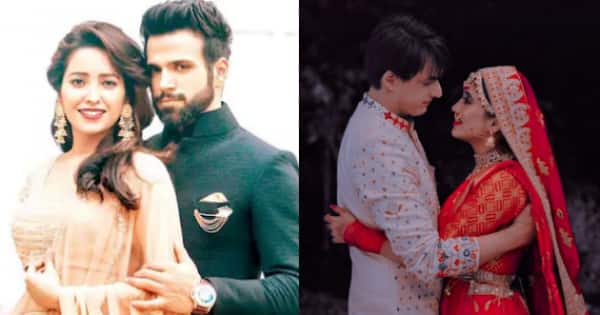 Check out all the important TV news of the day…

Hola friends, it’s time to update y’all with the top trending TV news of the day. From a popular actress returning to shoot of a popular TV show to new twists being introduced in popular TV shows and more, a lot happened in the TV world today. So, without further ado, let’s have a dekko at the top trending TV news of 26 August 2021 here: Also Read – Rithvik Dhanjani FINALLY breaks silence on his breakup with Asha Negi; what he has to say will leave you STUNNED

The makers of Kuch Rng Pyaar Ke Aise Bhi 3 dropped a promo of Shaheer Sheikh and Erica Fernandes starrer TV show and it will surely raise the excitement for all Devakshi lovers. The new promo features the entry of a new character played by Sana Amin Sheikh. Elena informs Sonakshi that her life is going to take a major change in the upcoming days and we see Dev meeting Sana’s character at the same time. Will Sana’s character, solve the difference between Dev-Sonakshi or will she separate them? Remains to be seen. Also Read – Mouni Roy flaunts her toned back in a crimson gown, proving her oomph quotient is unmatchable — view pic

Mouni Roy recently shared a reel video in which she was seen grooving to an old classic, Leke Pehla Pehla Pyaar. Her scintillating moves would set every heart on fire. The actress, in the meanwhile, is gearing up for her next Bollywood movie, Brahmastra which also stars Ranbir Kapoor, Alia Bhatt, Amitabh Bachchan, Shah Rukh Khan to name a few.

Ghum Hai Kisikey Pyaar Meiin’s Sayi Joshi Chavan aka Ayesha Singh recently shared a funny reel video on her gram in which she is seen breaking the rules. The actress was seen bribing a crew member with alcohol and the reason for the same is so hilarious that it will make you go ROFL.

Fans of Kaira, aka Shivangi Joshi’s Naira and Mohsin Khan’s Kartik, have asked for a Kaira reunion. The fans of Yeh Rishta Kya Kehlata Hai sweethearts took Twitter by storm when they demanded Kartik’s reunion with Naira.

Rithvik Dhanjani and Asha Negi had been dating for a long time. The duo parted ways last year much to the shock of their fans. Recently, in an interview, Rithvik Dhanjani opened up on the same. The actor has maintained a cordial relationship with Asha since their break-up and the two avoid speaking about the same.

Check out the whole story here: Rithvik Dhanjani FINALLY breaks silence on his breakup with Asha Negi; what he has to say will leave you STUNNED