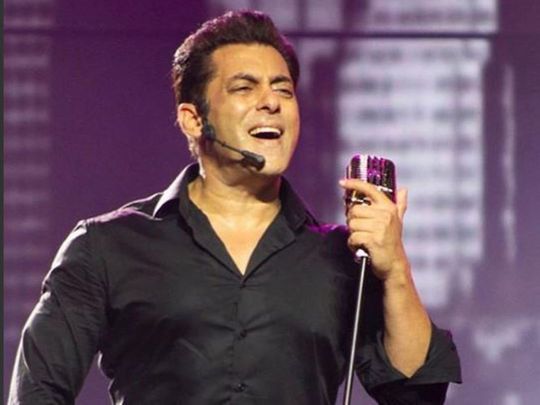 It was only a matter of time before Bollywood conquered Saudi Arabia and the Riyadh Season has done just that as it rolls out the red carpet for Salman Khan and company for the ‘Da-bang tour: Reloaded’.

The show will be staged in Riyadh on December 10, featuring Khan in the spotlight, along with his band of Bollywood buddies that include brother-in-law Aayush Sharma, Shilpa Shetty Kundra, Jacqueline Fernandez, Saaie Manjrekar, Guru Randhawa, comedian Sunil Grover and Maneish Paul.

In fact, Fernandez, who will be in Dubai on December 6 for a promotional event, is expected to head from here to Saudi Arabia to perform with Khan in Riyadh. The actress has also previously performed with Khan on the ‘Da-bang’ tour, although it will be the first time for Shetty Kundra to get on the road with the actor, despite working with him in films such as ‘Garv’, ‘Auzaar’, ‘Phir Milenge’ and ‘Shaadi Karke Phas Gaya Yaar’.

Khan himself confirmed the news on social media with a tweet that read: “Da-Bangg the tour in #Riyadh for the Riyadh season. Excited to see u all there on Dec 10….”

Interestingly, Katrina Kaif, who has previously travelled with Khan on such live shows has not been listed as part of the tour, reportedly due to her upcoming wedding. The actress is slated to marry Vicky Kaushal on December 9, with her pre-wedding festivities kicking off on December 7 as per media reports.

Riyadh Season, which runs until March 2022, has a number of star-studded events lined up over the months, which includes MDLBeast’s Soundstorm, which runs from December 16 to 19 that will features headliners, including Deadmau5, Tiesto, Steve Aoki, DJ Snake and electronic music pioneer Jeff Mills.

Other events to take place as part of the season includes a K-pop concert South Korean star Chungha and the band Stray Kids.