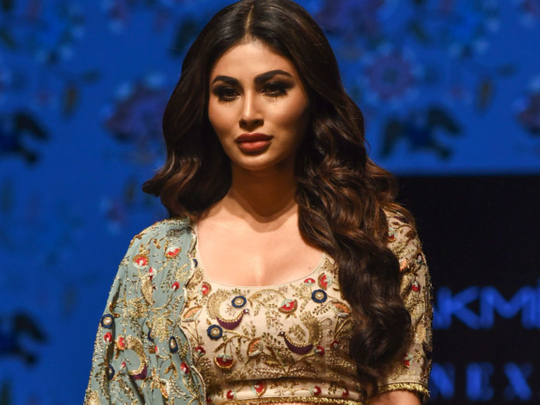 Looks like another Bollywood wedding could be on the cards very soon with reports stating that Mouni Roy will be tying the knot with her Dubai-based boyfriend later this month.

According to a report in the Hindustan Times, Roy and Suraj Nambiar plan to get hitched in Goa on January 27, citing a source close to the actress.

Reports have also singled out the W Goa near the Vagator beach as the wedding venue, which sources claim will be an afternoon beach wedding.

Nambiar and Roy are also reportedly planning a post-wedding party on January 28, which will feature close friends and family members of the couple.

You May Also Like  When is Sonakshi Sinha getting married? Actress has savage reply

Of the celebrity guest list, Bollywood producer Karan Johar has been invited, as has Roy’s close friend and TV mogul Ekta Kapoor, along with Bollywood designer Manish Malhotra and former actor Aashika Goradia.

While Roy has never officially confirmed she’s in a relationship with Nambiar, the actress is often spotted in Dubai spending weekends and vacations here and has even been a recipient of the UAE golden visa.

In terms of work, the actress is awaiting the release of her movie ‘Brahamastra’ in October of this year, which stars Ranbir Kapoor and Alia Bhatt in the lead. She also has ‘Mogul’ in the pipeline, slated for a 2023 release.

This amazing article on “Bollywood actress Mouni Roy to marry her Dubai-based boyfriend on January 27: reports” was originally found here