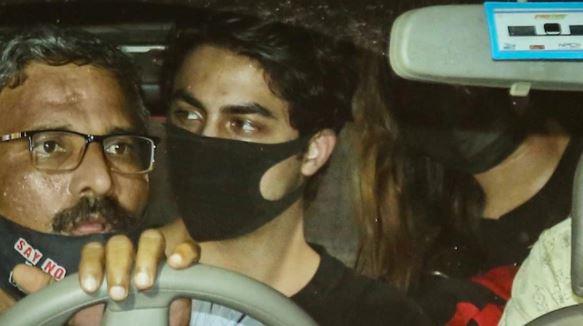 (MENAFN- NewsIn.Asia)
Mumbai, Oct 20 (IndiaToday) – The Narcotics Control Bureau (NCB) has found chats of Aryan Khan talking to an upcoming Bollywood actress discussing drugs during the Mumbai cruise party. The chat messages have also been submitted to the court ahead of Aryan Khan’s bail hearing today.

India Today TV has received exclusive information that the NCB has received a chat of an upcoming actress with Aryan Khan. The two were apparently discussing drugs during the Mumbai cruise party on October 2, after which Aryan and seven others were detained by the NCB.

For similar articles, join our Whatsapp group for the latest updates. – click here

The chat messages apparently show there were discussions about drugs between Aryan Khan and the actress. During the previous hearing, the chats were handed over by the NCB team to the court.

Moreover, Aryan Khan’s chats with some drug peddlers have also been handed over to the court.

READ: Bollywood and drugs: It just doesn’t end there

On Wednesday, a special Mumbai court will be hearing Aryan Khan’s bail application after it reserved the order last week. Aryan Khan, Arbaaz Merchant and 6 others were detained after the NCB conducted raids on the Mumbai cruise on October 2.