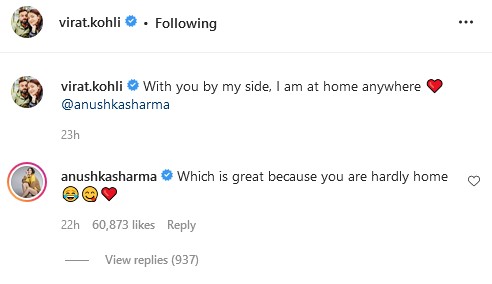 Captain Virat Kohli was in a romantic mood on Sunday evening. The cricketer decided to express it by sharing a picture with wife and Bollywood actress Anushka Sharma. In no time, the post was flooded with messages of praise from his fans. But his wife chose give a hilarious reply to her hubby darling.

In the picture, Virat and Anushka are sitting by a river. Their backs towards the camera, the two are looking at a peaceful picturesque view of mountains and trees across the water body. Such a serene picture got an equally loving caption by Virat who wrote, “With you by my side, I am at home anywhere. @AnushkaSharma.”

To everyone’s surprise, instead of a lovey-dovey response, Anushka wrote, “Which is great because you are hardly home.”

Her reply alone has over 70k likes and over 900 comments.

Say whatever, the picture is all hearts, and the couple’s followers prove it with millions of likes and comments on it.

Virat Kohli and Anushka got married in 2017 and were blessed with a daughter earlier this year. The two have always supported each other and their love is visible both online and offline.

This amazing article on “Anushka gets naughty, teases Virat when he says, “With you by my side, I am home anywhere”” was originally found here 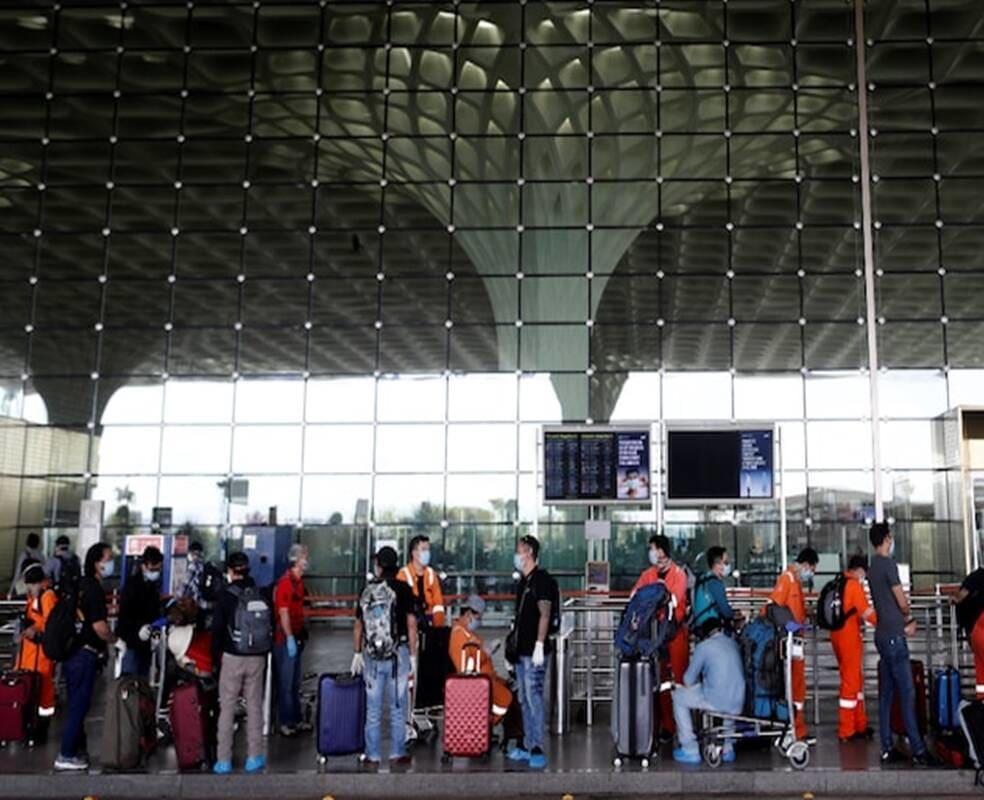