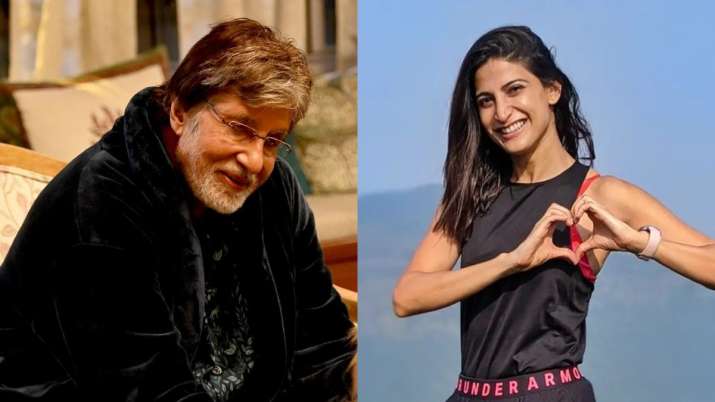 The latest web series ‘Call My Agent: Bollywood’ has been winning hearts as it is being lauded by critics and audiences alike. Aahana Kumra who stars in the series was in for a pleasant surprise as megastar Amitabh Bachchan sent her good wishes for the show. The veteran actor took to Twitter as he wrote, “T 4082 – Wishing Aahana Kumra, with whom I had the pleasure of working, all good wishes … love.”

Aahana and Big B have worked together in Aahana’s television debut ‘Yudh’ and this appreciation from her former co-actor has surely left the actress surprised. Commenting on the same, Aahana said, “I am over the moon for the fact that he tweeted about me and about the show.”

“It’s very kind of him, one can really learn a lesson of humility from him, he is such a legend. It makes me feel that no matter wherever you are or whoever you are, always support your colleagues and people whom you admire,” she added.

You May Also Like  Ranveer Singh Lets Male Fans Strip Down In Public; Check Out Story! -

About the experience of working with the talent cast of the show, Aahana said: “I got a chance to work with so many actors, each from a different space, and working with Shaad was magical. I thought I had so much energy till I met Shaad – he is so energetic, he is quick to respond, and he is very sure when he has got a shot.”

“It is a stellar cast and the reason it has become bigger is because it’s going to be streaming on Netflix. The exciting part is that even the original is on Netflix. I admire Camille Cottin and she is phenomenal, so is everyone else from the cast,” she added.

Also read: Aahana Kumra urges all to check on their loved ones: ‘You never know who is fighting a mental health battle’

‘Call My Agent: Bollywood’ which is streaming currently on Netflix, tells the story of four casting agents from Mumbai, who go from pillar to post to save their sinking casting agency. The series is inspired by the French show titled ‘Dix Pour Cent’.